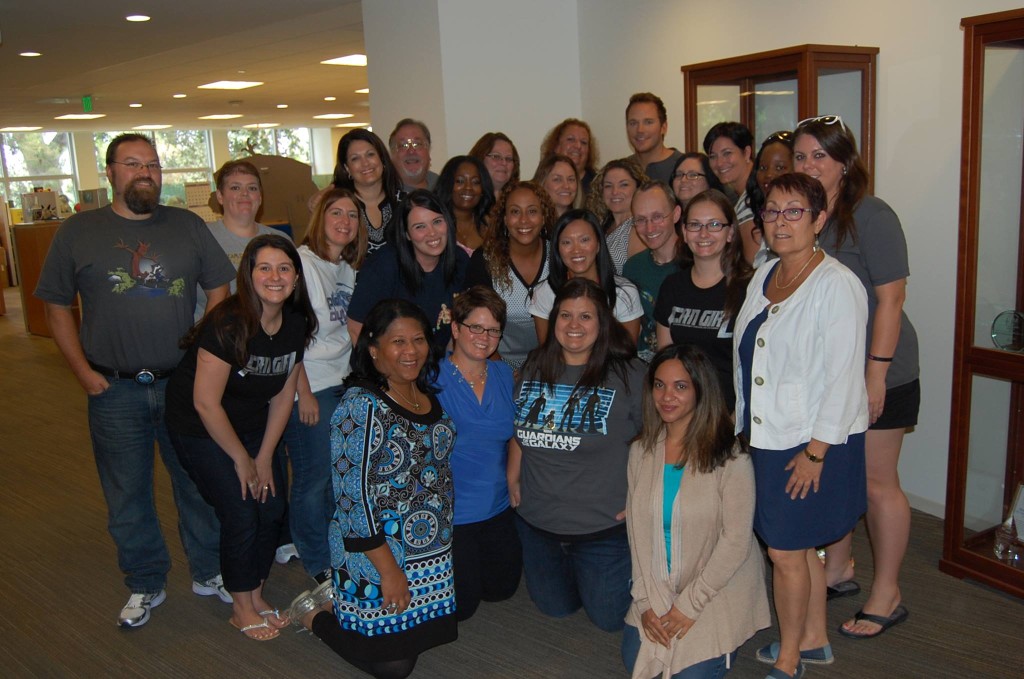 One of the interviews that we had for the #GuardiansoftheGalaxyEvent was with Chris Pratt. I did not know what to expect with him as I had seen him on television and in a few movies but to meet him in person was a whole different thing. In Guardians though he plays Peter Quill or Star Lord, a character that is in a way the leader of the Guardians of the Galaxy. 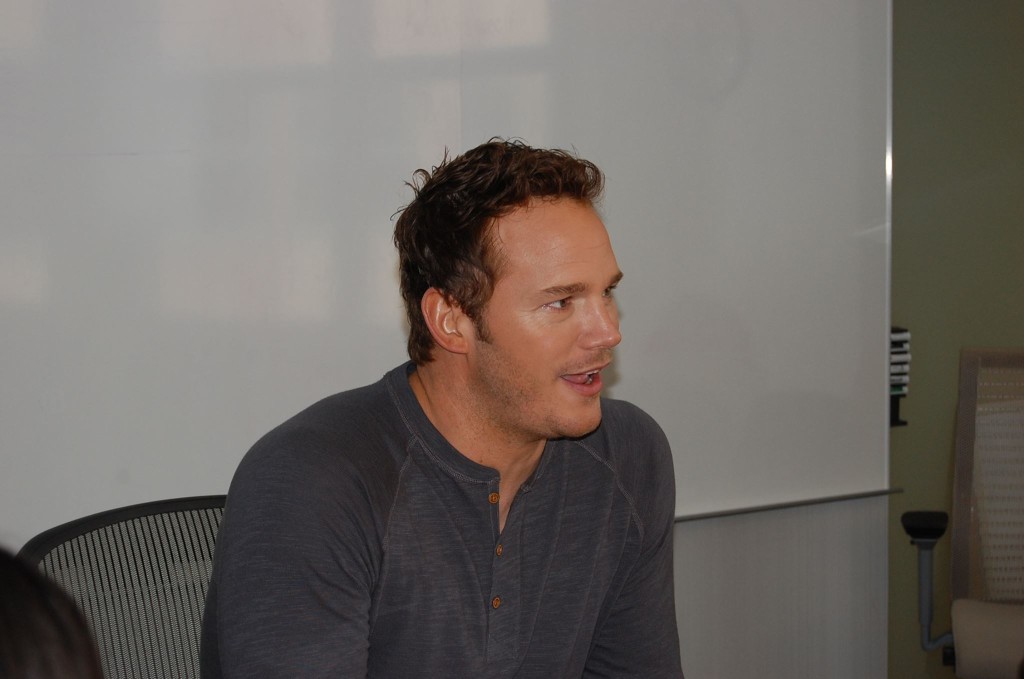 In talking with Chris Pratt we came to find that it took him a bit of time before he considered the roll of Peter Quill. He mentioned that he had some concerns about his weight at first and this made him initially uncertain as to whether he wanted the role at first or not. As time went on and people continued to ask him to audition, he found that one of the things that he really liked about the script and the role was that it allowed him to combine an interest in both action and comedy.

We asked Chris Pratt whether he was a fan of comic books as a child. He mentioned that growing up his family did not have a lot of money, so he could not buy a lot of comics, but there was one time when he was playing bingo with his mom when he won $300 and he ended up spending all $300 on comics. As a part of this purchase he ended up getting a Guardians of the Galaxy comic. He mentioned that he was drawn more to covers and the art within the comic and not always the title when it came to purchasing comics. Yet, he did start collecting a few comics including: Ghost Rider, Richie Rich, Konan, Infinity Gauntlet, Spider-Man, X-Men and a few more. 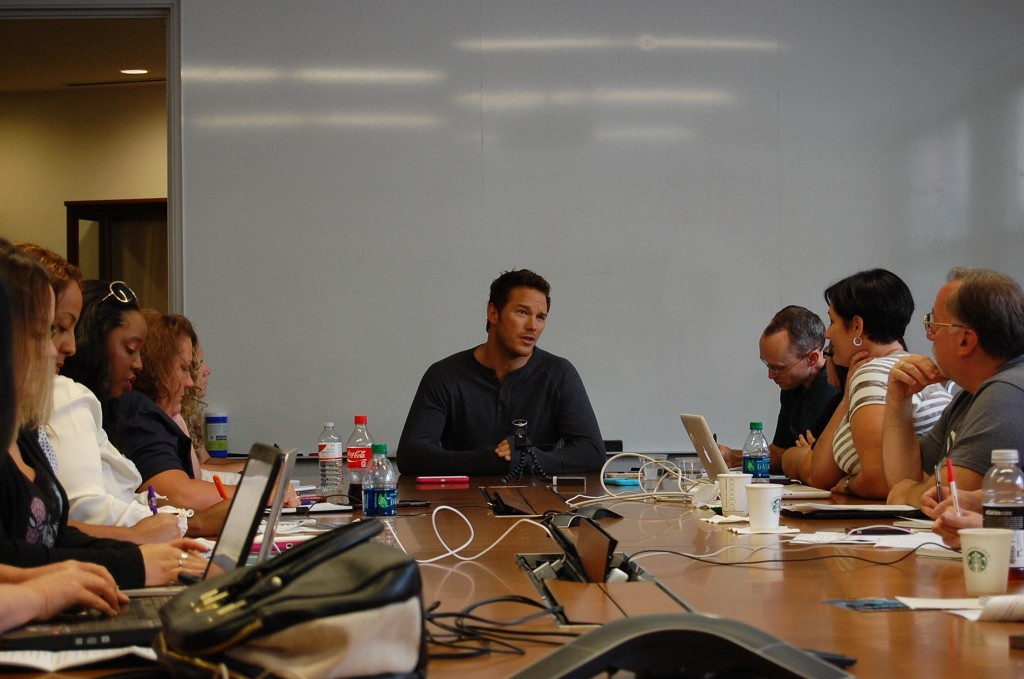 We were interested to hear about filming and whether Chris Pratt had a most memorable part of the filming of the movie itself. Chris mentioned that for him it was the first day on set when they were filming the scene on Morag. He was in awe to the whole grandeur of the set as he said that what you saw was really there. The geysers actually shot water up in the air, it was massive. This was also the first time that Chris Pratt was able to wear Peter Quill’s trademark jacket and upon putting this on he truly felt that he was Peter Quill.

It is had for Chris Pratt to see himself as a hero for kids. “It is a surreal feeling knowing that I am a hero for kids”. He reflected that he remember idolizing and imagining himself as characters like Hans Solo and Luke Skywalker and now it was hard to grasp that kids would be dressing up as him for Halloween! 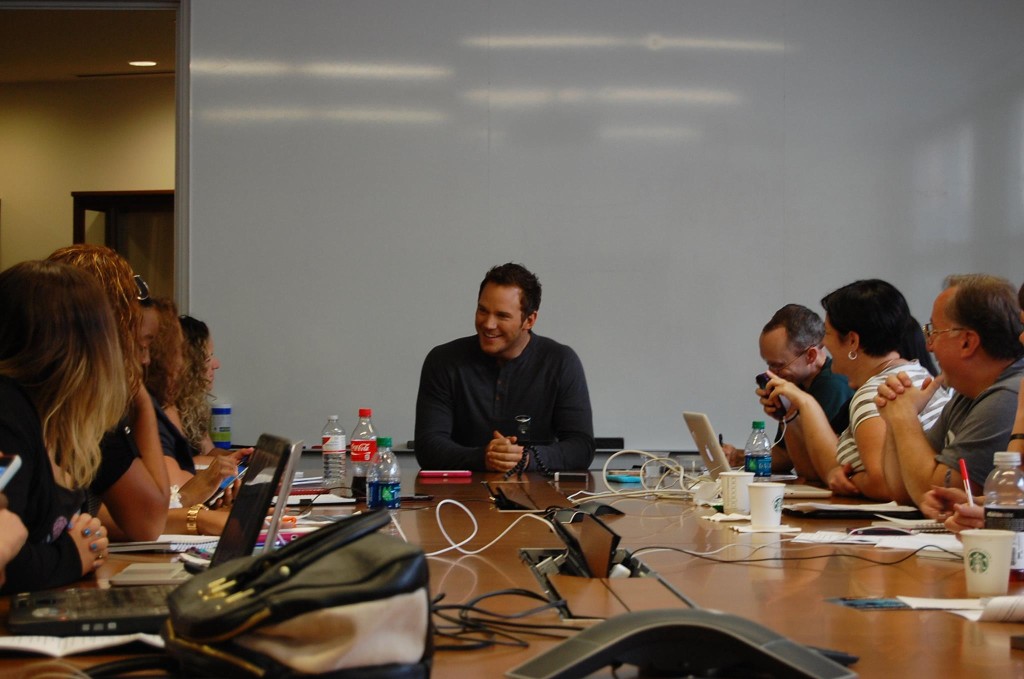 The movie has such a distinctive soundtrack, we wondered whether Chris Pratt had a favorite song. Chris actually told us that he has a contentious relationships with the songs from the film. He worked out to the songs, so he had to listen to them for a long time, so now it is to the point where he has heard them so much that he does not always want to hear them. This was not saying that he did not like them, it was just that they had been overplayed.

Chris Pratt’s favorite scene/antic of the movie was actually provided by James Gunn as James would continuously tell Chris that he was going to replace him. Chris said that this tongue and cheek fun made going to work something he looked forward to everyday!

Chris Pratt was amazing to interview, he was funny and light and you could tell that he was enjoying talking to us.

Want to learn more? The transcript of the full interview can be found here: https://www.dropbox.com/s/f7swdxuhhtpwqyi/GOTG-ChrisPratt.doc