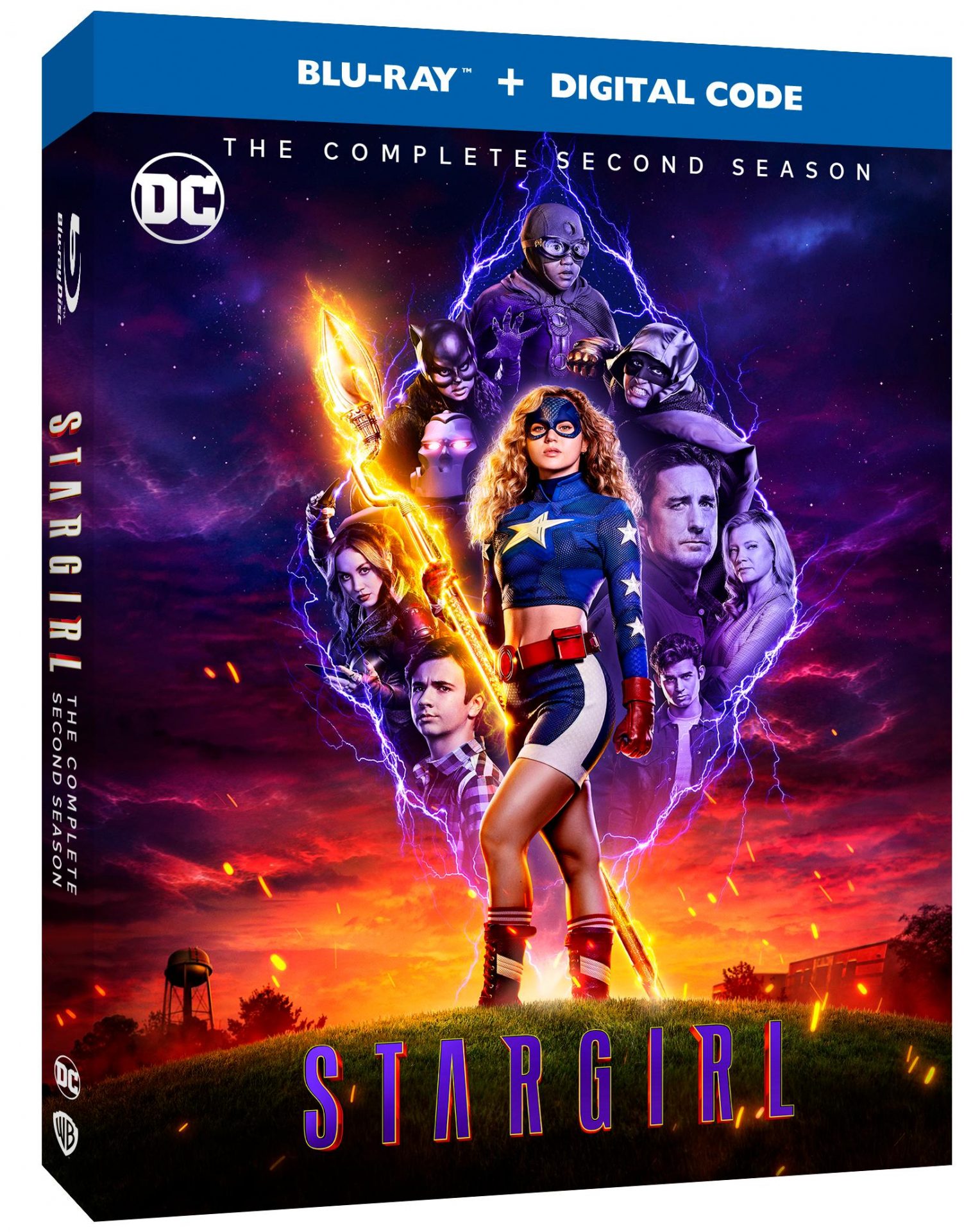 DC’s Stargirl follows high school sophomore Courtney Whitmore (Brec Bassinger) and her stepfather Pat Dugan (Luke Wilson) as she leads an unlikely group of young heroes to take on the legacy of DC’s very first Super Hero team, the Justice Society of America. In the thrilling second season, Courtney and her friends take on one of the most frightening adversaries in DC’s mythology – the dark entity of corruption known as Eclipso (Nick Tarabay).

With Blu-ray’s unsurpassed picture and sound, DC’s Stargirl: The Complete Second Season Blu-ray release will include 1080p Full HD Video with DTS-HD Master Audio for English 5.1. Featuring all 13 episodes from the second season in high definition, as well as a digital code of the season (available in the U.S. only).

Based on the DC characters and created for television by Geoff Johns, DC’s Stargirl is produced by Berlanti Productions and Mad Ghost Productions in association with Warner Bros. Television with Geoff Johns (Titans, Wonder Woman), Greg Berlanti (Batwoman, The Flash, Supergirl), and Sarah Schechter (Riverdale, All American, DC’s Legends of Tomorrow) serving as executive producers.

My Take on The Season

This was a great follow-up to season one. I loved the arc and the villains that are in this season. On top of this, you get to see some of the main characters struggling with some big things which made the characters even more relatable. I felt that the season did a good job of bringing the season to a close while still leaving us on pins and needles with what might come next with the new villains that are coming and old friends finding powers that might turn them evil. The end of this season really made me question what will come in season three, but I am really looking forward to seeing what comes next!