Our 747th Dad in the Limelight is Steve Valdez, of The Dad Letters and Dez and Fox Play as well as Youth Pastor and dad of three. I want to thank Steve Valdez for being a part of this series. It has been great getting connected with him and now sharing Steve Valdez with all of you. 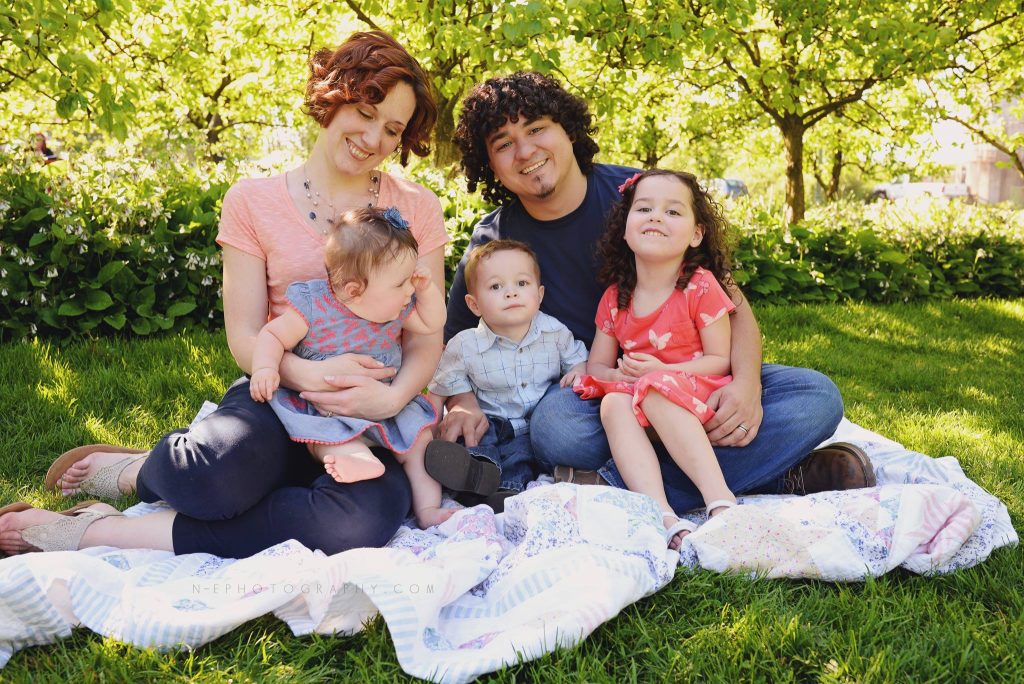 Wait, there are pictures? Crap, nevermind.

I’m Steve Valdez, a 33 year old father to three (two girls and a boy), husband to a wonderful woman, Jacquelyn, and a world-class nerd (and proud of it). I’m a youth pastor at Harvest Christian Church in Troutdale, OR, and have been there for eight years now.

I’m an avid nerd, and I play tabletop games, Dungeons and Dragons, video games, Magic: The Gathering, and so much more. I’m also a devout baseball fan, and fully support the Texas Rangers.

I have a pair of projects that I’m known for. First, I’m a proud member of The Dad Letters. We are bloggers who share letters we have written to our children as we attempt to teach them about life, love, and the absurd. It has been a fantastic outlet for my parenting wins and woes, and I’m very excited to share the letters with my kids when they’re old enough.

My wife and I met in college. We were friends for a long while before I asked her out. Thanks to season passes, our first date was at Disneyland, where I can vividly remember the two of us sharing a small cheesecake and her asking me, “so…can I call you my boyfriend now?” We’ll be celebrating our 10th anniversary in June 2017 (we’re going on a cruise! Sorry, we just booked it and I’m super excited).

I have three beautiful children. Audrey Rae (6) is my oldest, and she is a firecracker. She loves music, art, and crafting. She’s spunky, she’s independent, and it sometimes seems like she’s six going on sixteen. She’s also already a strong leader, and loves to play “Teacher”.

Braxton (4) is our middle. He’s the type of kid that, even at four years old, you have a pretty solid idea what he’s going to do when he grows up. Braxton sees everything with the mind of an engineer. He wants nothing more than to take things apart and see how they work. He loves LEGO, but doesn’t ever “play” with what he makes. He’ll build a set meant for ten year olds, inspect it for a bit, then entirely take it apart so he can put it together again. Even when he was two and our youngest was born, he looked at her with a “how does this thing work” face.

Charlotte (2), is the life of the party. She loves to dance, to yell, and basically loves to hear her own voice. She basically lives on two extremes: life is absolutely fantastic and the smile on your face should show that, or complete sobbing break down. 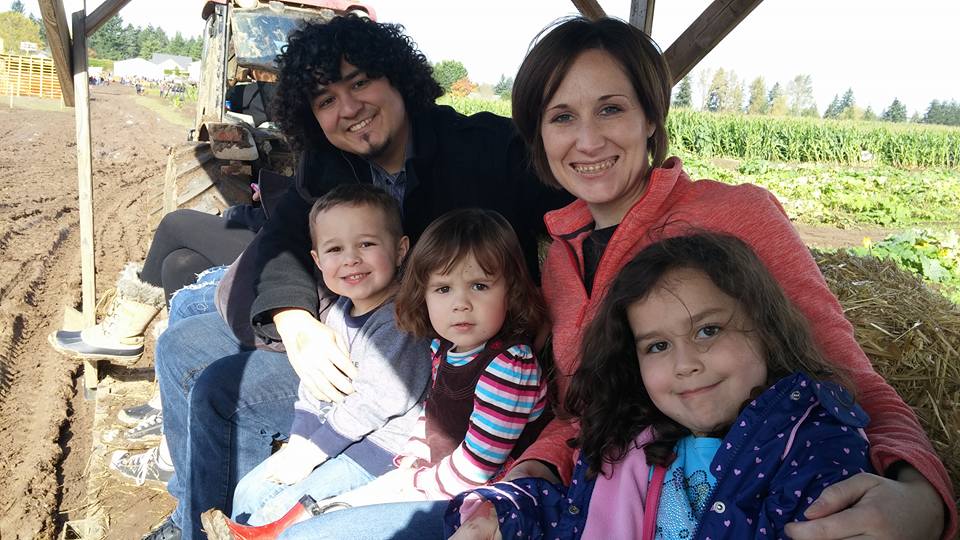 Overall, I’d say balance, but there’s already a question about that, so I’m going to write about the most challenging time in my life as a father.

When my wife was pregnant with our third child, Charlotte, an ultrasound showed that Charlotte had a bowel obstruction. As time passed, it got worse, until my wife’s final ultrasound came. It was Thursday, I was at a youth camp, there was one day left, and I received a text message from my wife that I will never forget: “Baby’s condition a lot worse. C-section moved up to Tuesday. I will call later…will cry too much to talk now.”
I got home as soon as I could. The short message was that the blockage was at a dangerous place, and that surgery on Charlotte would absolutely be needed. The kind of surgery she would need and the severity of the condition couldn’t be known until after she was born.

It was a terrifying few days.

Thankfully, we had a loving church that surrounded us with prayer and support. We went in that Tuesday, Charlotte was born, and the first thing she did…was poop. This shocked everyone. Pooping shouldn’t happen with a bowel obstruction.
So, instead of taking her directly into surgery, they monitored her for a while. She was moved to the NICU, where she was observed for several days, and after those days, all the doctors came to the same conclusion: Charlotte was just fine.
It baffled everyone; my wife and I, the doctors at the hospital, our OBGYN, and anyone else who had looked at all the ultrasound images over several months were astounded by the situation. And, by the grace of God, Charlotte is happy and healthy to this day. I’m so thankful for that, but the days leading up to it all were the most difficult of my entire life, not just as a father.
4) What advice would you give to other fathers?

Always remember that your kids are individuals. There is absolutely no “this parenting tip works for all children” or “this is the only way to parent”. Your children are all individual and unique, and what worked for one parent may be an utter failure for you, and vice versa. In fact, what worked perfectly for your first child may utterly fail for your other kids, and vice versa. Get to know your kids. Learn about them as individuals. Spend time with them, learn about them, try different things. Love, teach, and discipline each of your kids the way that they best receive those things. 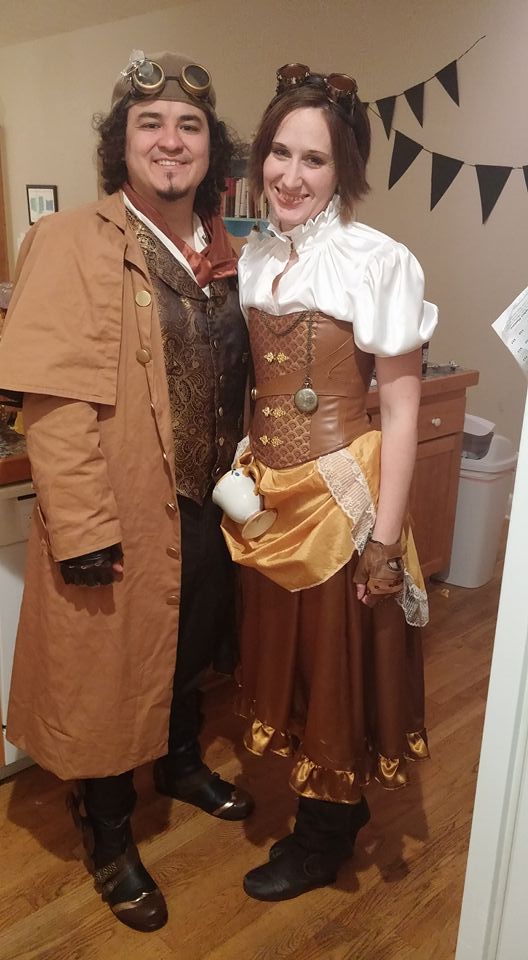 Like I said earlier, this had been a challenge for me. My family was always my priority, but that didn’t really mean that I sacrificed anything else. I gave my family the best of myself, then absolutely overwhelmed myself with everything else.

I eventually had so much anxiety about everything else that I wasn’t able to be “the best of myself” when I was home with my family. I learned that sometimes, you just need to let some things go. So, I delegated some of my responsibilities in ministry, I set some hobbies aside, and I gave myself specific time to rest, relax, restore, and basically do nothing.

All of this has allowed me to be a better man than I was. It’s still a work in progress, balance is always a challenge, but it has been more than worth it.

Mostly that none of us have this fatherhood thing “figured out”. We all have strengths and weaknesses, and we all are doing our best to love and support our families. Sometimes we fail. Sometimes we succeed. But when we, as fathers, support one another and share our successes and failures, we’re all better dads for it. 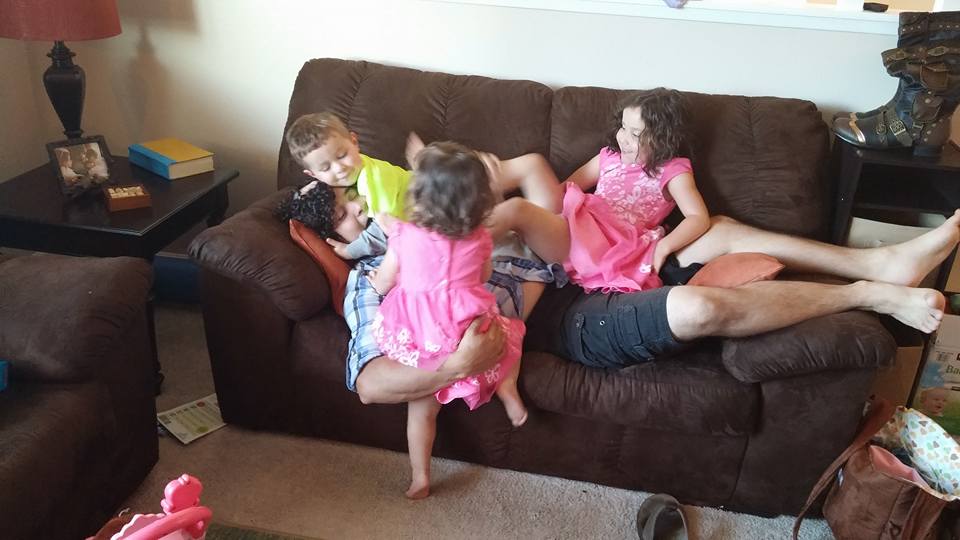 Don’t let the façade of masculinity hinder your parenting. Ask for advice from other dads, admit when you’re struggling, ask for help when you need it, cry, struggle, and be real with yourself and your family. Show your joys when you’re joyful, your strength when it will shine, your weaknesses when you struggle, and your success when you overcome those weaknesses. Coming from both a father and someone who has been mentoring teens for more than a decade, it can mean the world to a kid to know that when they struggle, you can empathize with them.

Oddly, it isn’t any big fancy vacations or huge milestones or anything. It’s a handful of small moments that I will cherish forever, and hope that they’ll be something my kids do the same with.

Holding my daughter tight in my arms while we both take a deep breath and go underwater to try and conquer her fear of swimming. Then coming out of the water to see a small smile, and she looks at me and says, “again!”

Being next to my son when he completed his first LEGO set that was well beyond his age recommendation. Seeing him set the last piece on, and beaming a smile at me as he says, “I did it!”, and telling him, “yes, son, you did this all on your own, and I’m so proud of you.”

Being at home and laying in bed next to my wife. She holds our newborn daughter on her chest, and they both fall asleep. I turn out the lights knowing that, at least for now, we’re done with panic, with fear, and with the hospital. We’re home.

If you have any questions for Steve Valdez, please leave a comment here and I will make sure that he gets them so that he may be able to respond!