Our 489th Dad in the Limelight is Robert Graves. I want to thank Robert for being a part of this series. It has been great getting connected with him and now sharing him with all of you. 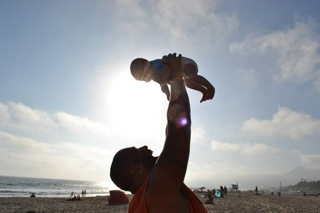 1) Tell me about yourself, (as well as how you are in the limelight for my readers knowledge).
My name is Robert Graves, and i picked up the kinda obviously nickname “Gravey” while serving in the Marine Corps.  Yes, I served 10 years in the Marine Corps, and even though I had no desire to be in the military in my youth, it was the best thing hat ever happened to me.  I joined Sept. 9th 2000, during a time of peace, and one year later, forced into the time of war.  The Marines wee my family… are my family, and they helped raise me, mature me, and give me the courage and strength to be the man I am today.  I was born in Alabama, and raised everywhere else… that’s how I explain it to people.  My parents were never married, so I’d bounce back and forth to wherever the new house was.  Houston, Atlanta, Los Angeles, New York… lets just say I’ve had more “friends” than a child could remember.  Now I work for a contractor building landing systems for airports worldwide.  As grand as it sounds to travel for work, the job gets old, and the road gets long.
Currently I just finished my Bachelors and have decided that this road has taken me as far as I needed it to, and now I’m on the road to become a High School guidance counselor, so I’m in my Master’s program for that as of now.
I believe I’m in the limelight because I would like www.thescareddad.com to be a vessel for my voice as well as other fathers who can’t find the words to speak.  My experiences in life are vast, and I want nothing more than to transfer those into becoming a role model for others around me, especially my son.
2) Tell me about your family:

I married my best friend.  I truly did.  We knew each other in high school and never dated.  I was a senior she was a freshman, but I was friends with her sister and we kept touch seldomly via myspace and such.  Once I’d gotten out of the military my new life started and we’d ran into each other.  We sat in a tree.  We were K-I-S-S-I-N-G.  First came love.  Then came marriage… then we made a baby on wedding night and there’s a baby in the baby carriage.  That’s right… Baby Boy.  Our first child, and the first boy in the family.  She comes from a family of 3 girls, and her mom had 2 sisters.  I have no siblings, so everyone thought we were having a girl.  Not to mention I work with radiation, and there’s a “myth” (although the favors are on the myth) that people in my job have a much higher chance of having girls cause of x-y chromosome mutalation and science stuff…  Needless to say, this last Mother’s Day, baby Jake graced us with his presence. 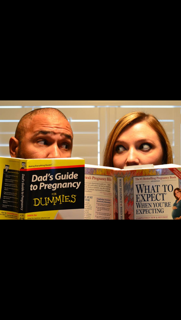 3) What has been the largest challenge you have had in being a father?
I would say that the largest challenge I’ve had being a father so far, is self-internalization.  We have to make some pretty big decisions as human beings when it comes to ourselves, let alone when it comes to being the head of a household.  I briefly spoke on it before, but I travel for a living, and I can’t complain about the pay.  It’s literally gotten us to where we are today—debt-free-homeowners… well minus the mortgage and car payment.  But that’s pretty good compared to where we were.  But the thing is, I wasn’t raised in a traditional home.  I was in a separated household without two parents, and I lacked something huge.
Stability.
Well as my wife and I zoomed through the pregnancy, I had some serious choices to make, because I knew I didn’t want to miss my son growing up.  And these choices, although very rational in my mind, can really put us in a bad spot.  See I’ve decided to go back to school and leave a very well paid job doing something I am good at but feel like a robot doing, not to mention takes me out of the country for months at a time (and job security), to take a chance to start over new in a profession that I have to prove myself in all over again, and not even be guaranteed a job right away.  The work is hard, the pay is low, but it’s something I love and it keeps me home.
Making that decision has been the hardest thing to do as a parent so far.
4) What advice would you give to other fathers?
This one is simple… A Happy Wife, is a Happy Life.  But in all seriousness, I know there’s some men out there doing this all by themselves, and I commend you.  So here’s my advice to ALL father’s married and not… Remember always… There are little eyes watching and little ears listening.  Children are sponges and absorb whatever you put out there.  It’s our jobs to make sure they’re soaking in the right stuff. 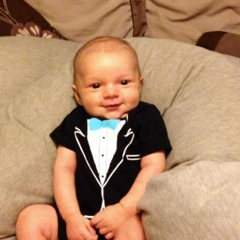 5) How have you come to balance parenthood and outside life?
Fortunately, my wife has two sisters.  That’s two auntie’s available most times.  Then there’s a grandma and a grandpa that we haven’t really asked of much from… so they’re on standby.  But realistically, if I could, I would take Jake everywhere.  We already go to the beach and the park, hiking, and shopping.  I want jake to be like “My little Buddy… wherever I go, he’s gonna go.”  It also really helps that my friends that I grew up with all have kids as well, so we can just meet up and call it a playdate.  As for other stuff like clubbing or parties, that kinda dwindled down once we became home owners.
I have to remember that even though we can leave Jake with a relative, we probably shouldn’t unless we have to.  My wife turns 30 next year and our 1 year anniversary is this August, so in my mind I thought I’d plan nice getaway’s for both times, leave Jake with family and enjoy ourselves.  But the parent in me decided that he’ll come with us and we’ll do it how we’re supposed to for at least one of the trips.  He’s our responsibility… he’s our son.
So that’s how I look at “outside life.”
6) What have you learned from the fathers that you have interacted with?
Oh man.  This is a loaded question.  the easiest way to put it is, I learn how to be a father from my experiences with other fathers.  I learn what works, and what doesn’t.  I learn what I’d like to incorporate or emulate, and I discard anything that makes me uncomfortable.  We learn from our mistakes, but we definitely learn from other people’s mistakes.
One of the most recent things that I’ve had to encounter and pull from, is how children can change marriage, and how hard it is when roles change.  When mom’s become dad’s and vice versa.  I know a lot of SAHD’s would hate me saying that, but just accept the gender stereotype for the example.  My home is traditional in the sense that my wife is home with the kid and I’m away at work.  But from this family’s dynamic, I learned that I need to be present and make myself available when I’m around, because my wife does more than I can imagine even if to me from the outside looking in, wouldn’t be able to tell. 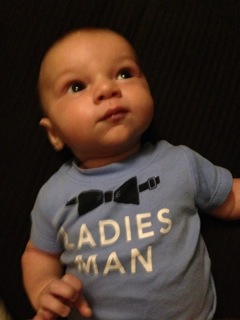 7) What else would you share regarding your experiences as a father thus far?
Kinda piggy-backing off the biggest challenge question, there’s things that I’ve searched inside to be a better person and asked myself if I need to do this.  For instance drinking.  I’ve been drinking socially and in my own right as an adult since the age of non-adulthood.  I don’t have an problem drinking, but I have been in troubles and fights because of drinking, so one day… for my son… I decided to stop drinking.  Just like that.  Sometimes we need to make big decisions, because it’s not about us anymore.  I wouldn’t be able to live with myself if I was drunk and–I dunno, slipped, busted my head and went into a coma to wake up and find out that I missed 14 years of my kids life, just cause I wanted to have a little wet fun.
8) What have been the most memorable experiences that you have had thus far as a parent?
My most memorable moment(s) were the times my son and I have had that skin-to-skin time after he was born and still to this day.  He’s still very young, so there’s not much going on.  He’s a pretty boring baby, although my wife would argue against that.  But when that baby just relaxes on daddy’s chest… *gasp*  haha.

If you have any questions for Robert, please leave a comment here and I will make sure that he gets them so that he may be able to respond!