Our 397th Dad in the Limelight is Shane Hilyard. I want to thank Shane for being a part of this series. It has been great getting connected with him and now sharing him with all of you.

I am originally from Western New York – a Mayberry-type small town where the people are outnumbered by the livestock – but I now reside in Michigan with my wife, Brandy; our four children: Rosalin (12 going on 18); Kate (just turned 12); Jonah (7), and Noah (4).  We also have two dogs: Harely, an American Bulldog/Chocolate Lab mix, and my birthday present from last year – Milo, an Olde English Bulldog. I am a former pro rodeo bull rider, I love sports; and I am a serious, blood type is cocoa, chocoholic.  I am in the limelight because I recently experienced what it’s like to experience a dream become reality.  I recently graduated from law school which is something I was told would never happen, and I, together with my family, had to overcome some seriously steep hurdles along the way.

I grew up in a single-parent home because dad left when I was around 4, and mom raised me and my two brothers on her own.  We lived below the poverty level, and in this type of town, if you’re not “it” then you are nothing. 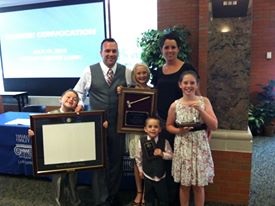 My wife tells this story – how we met – better than I do.  The short, Reader’s Digest version is that we were created by the KitchenAid of life – blended almost nine years ago after a not-so chance encounter that was perpetrated by my now sister-in-law.  She was in nursing school raising two young girls on her own.  I was trying to re-spark my “I’m going to be the next Matlock” dream after having been denied acceptance into a number of law schools.  We were both divorced and not looking for anything in the romance, relationship, or drama kind of ways.  At a Memorial Day cookout, SHE asked for my number, which for all intense and purposes, was the correct number; however, it must have slipped my mind that my neck of the woods had recently been assigned a new area code and hers stayed the same.  After several attempts at calling me but me not answering, she thought I gave her the brush off.  Nevertheless, we connected and began talking.  After about six months I met her daughters in a less than group, tons of people around setting.  We connected fairly well, communicating what we wanted out of life, what our plans and goals were, and thought it might be ok to make our dating exclusive, with a few ground rules that cannot be omitted, changed, modified, or altered in any way: (1) brutal honesty; (2) open communication; and (3) a showing a mutual respect.  After some more courting, we connected some more, got married, and had two boys. 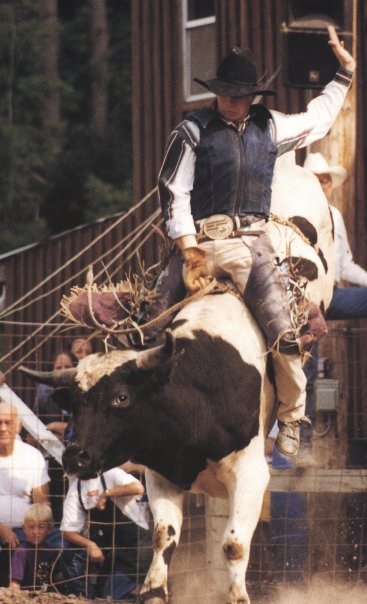 I am not sure if I can pinpoint the “largest” challenge – there have been many that rank right up there.  There is, however, a few that when I think of it, a couple things always pop into my head.  First, before my wife and I got married, I was never a father, nor did I have one to pattern fatherhood after since my dad bailed out when I was around 4.  So not knowing what I didn’t know as far as parenting was a challenge.  Most of my parenting skills, in the beginning, and to some extent know, comes from old episodes of The Cosby Show – no joke!  Second, it was a challenge going from a single, traveling the country without a care in the world bull rider, to the sudden every decision I make effects somebody else, especially our children, was a good old fashion dose of reality.  Third, I am fairly strict – ok, “fairly strict” is putting it mild:  sometimes I think I was a drill instructor in a former life.  The biggest thing I try and teach our children is honesty and responsibility.  I want our children to be honest in every situation regardless of how minor they may think it is, and I want them to be accountable for their choices.  It drive me absolute bat shit crazy when they are dishonest about something, or try to explain away something and not just come out and say “Yes” this is what happened, this is why it was done.  As far as accountability, at each of their ages, they are given the opportunity to do age-appropriate things, have age-appropriate responsibilities, and I have age-appropriate expectations.  When they are not met for any reason, I take it as if they are not as serious as I am about showing my wife and me that they are responsible enough to make the right decisions.  This goes to being able to trust them in making the right decisions when they get older and are put in situations when we are not around.  I guess the challenge here is to find a balance between drill sergeant dad getting them ready for life, and just dad enjoying these tender years.

The first piece of advice I would give is that you have to be involved!  Regardless of whether or not your own father was involved, that is not an excuse to be an absentee parent.  Your child(ren) need both parents and breaking the cycle is your responsibility.  Second, I think it’s necessary to step back every once in a while and picture yourself in your child’s shoes and reflect.  As you are reflecting, ask yourself whether or not you would be happy, proud, content, or making arrangements to be on the Jerry Springer Show if you were your father.  Third, it is paramount to show your wife the love and respect she deserves.  Whether or not you know it, your children, both sons and daughters, are watching everything you do.  How you treat your wife will most likely reflect in how your sons treat theirs, and reflect in the type of guy your daughters choose.  Finally, tell them every day that you love them – no matter what!

5) Seeing that you (or your position) are in the limelight, how have you come to balance parenthood and outside life? 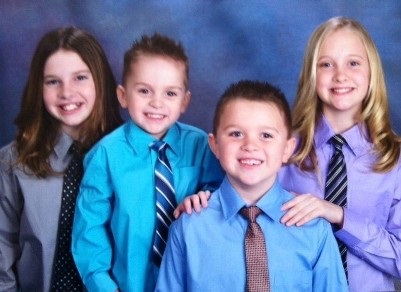 The biggest thing that taught me, or more like forced me to learn to balance the limelight and parenthood, as well as husband-hood, was during law school.  In my first year, the transition from New York to Michigan was tough on all of us, but for me, I had school to distract me from the realization of being away from home – the wife and kids didn’t have that distraction which made the transition tougher.  Between the tail-end of my first year and start of my second year, my wife was diagnosed with an aggressive form of breast cancer, and my father also passed away a month after her treatments began.  Because of the amount and duration of chemo, then radiation treatments, I was thrust into picking up more than my normal share of fatherly and husbandly duties: cooking, cleaning, laundry, shopping, and the list goes on, as well as still trying to be a successful law school student.  The balance finally came when I learned how to make more efficient use of my time.  I have always said, and will always say, I am a father and husband before anything else.  So, when the alarm goes off in the morning, my focus and attention were on the kids and the wife.  Once everyone was in bed for the evening and asleep, usually around 9:30 p.m., that’s when I was the student and would study until about 2:00 a.m.  By the Grace of God, my wife is now doing well. I recently graduated from law school, and things are “normal”.  Although I am studying for the bar exam and pursing a Masters in Law degree, I still make sure, as best as I can, that my time with my family isn’t wasted.

I thing the greatest lesson learned from the fathers I have interacted with is that none of us are perfect.  This is good because I don’t think our children are looking for nor do they need perfection; rather, they just need us and want us to be there.  I have learned to look at myself and evaluate how I do things, analyze whether or not another father’s way of doing something would work in a similar situation, and then adapt and adjust. 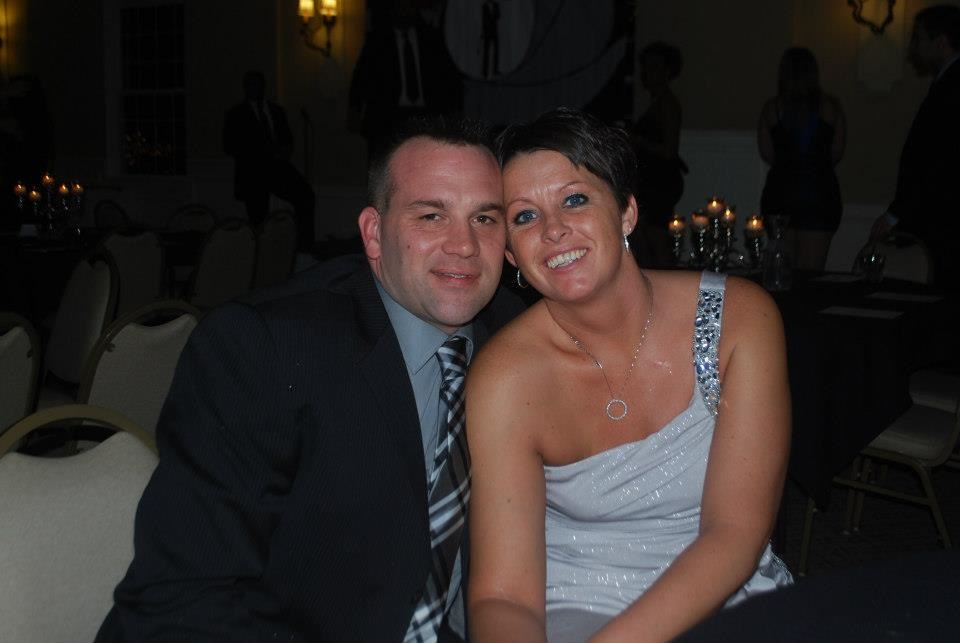 Being a part of the entire process from conception, which was particularly fun, to birth, was memorable.  The first memory I have is the first time I told each of them “I love you” and gave them my solemn promise to always be here for them.  I think there are several memorable moments and I cannot narrow it down to just a few, but it’s necessary to mention that each of our children have had those “Ah Ha” moments when they were trying to learn something new, and I like to think that my wife and I have had some part in them attaining those moments.

If you have any questions for Shane, please leave a comment here and I will make sure that he gets them so that he may be able to respond!