Our 446th Dad in the Limelight is Justin Aclin. I want to thank Justin for being a part of this series. It has been great getting connected with him and now sharing him with all of you. 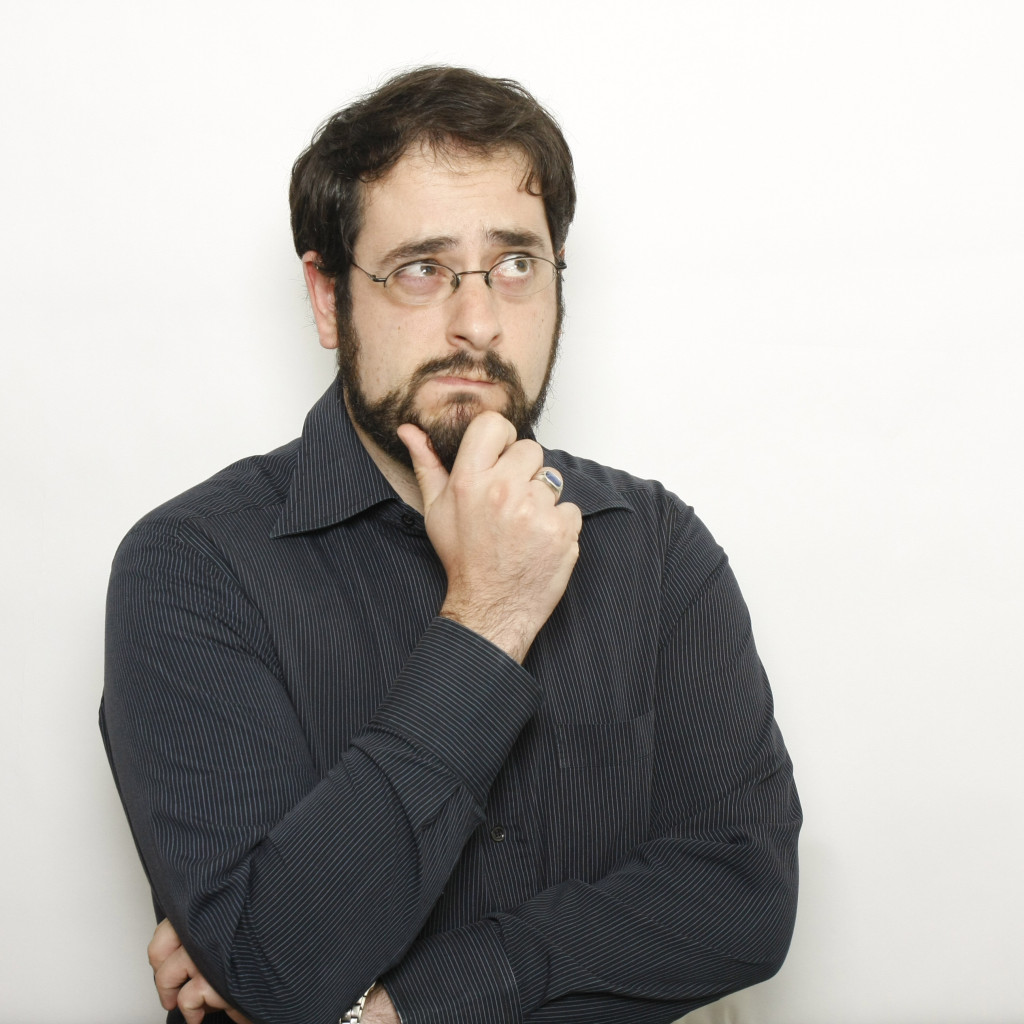 My name is Justin Aclin, and I write comic books. I started out writing the comic strip Twisted ToyFare Theatre in ToyFare magazine, which was the inspiration for the TV show Robot Chicken (I became head writer when the original guys left to start Robot Chicken). Then I had an original graphic novel, Hero House, published by Arcana Comics with art by Mike Dimayuga. Last year, I had four comics published by Dark Horse Comics – two Star Wars: The Clone Wars all-ages graphic novellas (with art by Ben Bates and Eduardo Ferrera, respectively), a comic based on the online game Akaneiro: Demon Hunters, with art by Vasilis Lolos, and an original series, S.H.O.O.T. First, co-created and drawn by Nicolas Daniel Selma.

For my day job I’m in public relations, which is how I met Chris. But that’s way less interesting.

You can find my Amazon author’s page here, my infrequently updated blog here, and you can find me on Twitter @justinaclin.

My wife and I have two daughters 8 and 5 years old. My wife and I have been dating since I was a freshman in high school, and we’ve been married for 10 years and my kids are the best kids in the world, so I’m basically the luckiest person ever. I mean, sometimes they’re a pain, but who isn’t? We’ll get strangers coming up to us in restaurants to tell us how well behaved they are, which wouldn’t mean anything if they weren’t also bright and creative and hilarious. 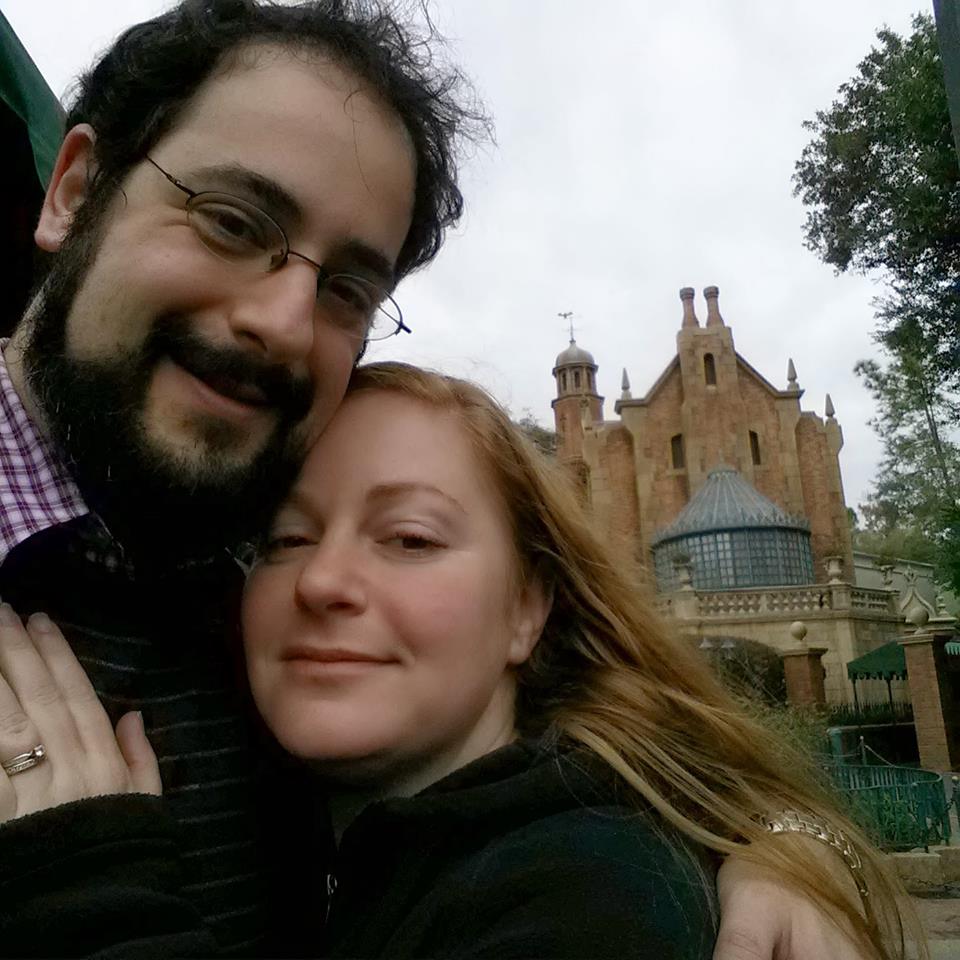 When my older daughter was four months old, she had meningitis. I rode in a helicopter with her as she was airlifted from our local hospital to one that could better handle her. That whole experience was terrifying, but she came through fine. A little while later, I got emailed out of the blue by someone letting me know that someone had stolen

baby pictures from my website and was passing my daughter off as her own on a teen pregnancy forum. Since then I’ve been a little hesitant to share pictures of my kids in a massively public forum (which is why you’re seeing a lovely drawing of my family by my older daughter and not an adorable photo).

But those are one-time things. I’d say the largest challenge with being a father is the same thing everyone faces – you want the best for your kids, and at a certain point you realize that there are things that are always going to be beyond your control and it’s terrifying. I’m sure I’ll be dealing with that for the rest of my life. 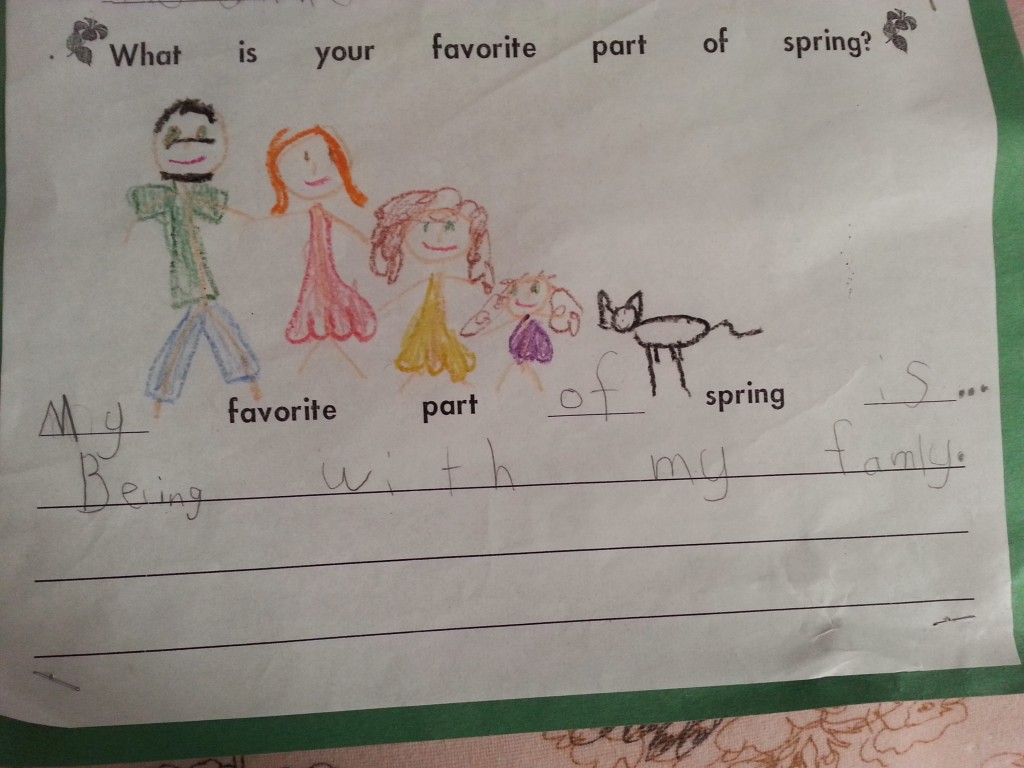 I always tell dads-to-be that being a parent is terrifying, because I feel like that’s something you never get told before you have kids. And I tell them that every single parenthood cliche you’ve ever heard is true: it changes everything, they grow up so fast, etc. The growing up fast part of it has really hit me lately, so I’d definitely advise other dads to do your best to take it all in. None of it lasts nearly long enough. Except for the lack of sleep. That can’t go away fast enough.

Other than that, play with and read to your kids as much as possible, and stick to your guns when it comes to punishments. I think those are basically the secrets, as far as I can tell.

It’s tough, because I work pretty far from my house. I live in the outer suburbs of New York and I commute into the city. It’s about two hours door-to-door, and I’m usually gone about 13 hours a day. Part of what I do is make sure I’m awake and out of the house on my way to the office at an ungodly hour, so I can leave at 5 on the dot and get home in time to spend some time with my kids before they go to sleep.

The other thing is that I made a conscious choice that writing is extremely important to me, but I don’t want it to overtake the time I could be spending with my family. So I do about 85% of all my comic book and freelance writing on the bus to and from work. It’s not exactly awesome to have such a long commute, but at least I feel like I can put it to work for me. So now the challenge is just to be present with my kids when I do get to spend time with them, and that’s something I’m always working on. If you know writers, you know it’s hard for us to stop our brains from doing work. 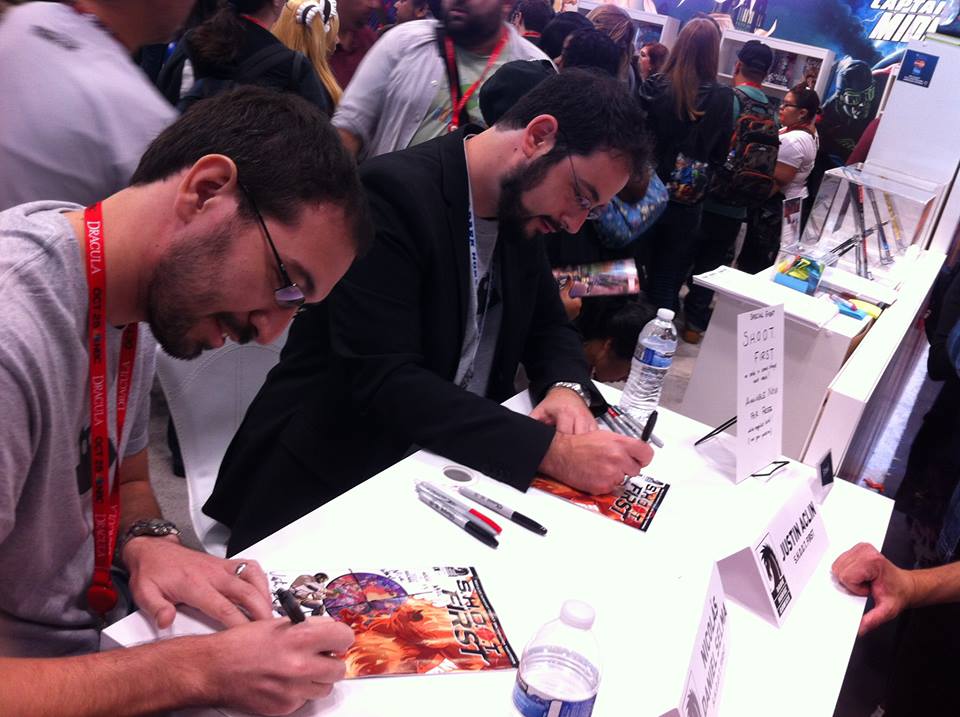 I was the very first guy in my peer group to have kids, so I didn’t have any dads to talk to for a long time. I feel like my wife and I were discovering a lot of stuff as we went along, and I feel like it might have been nice to have had someone to talk to who’d been where we were.

That said, I just got back from the Dad 2.0 conference in New Orleans, and I drew a lot of inspiration from the dads I met and heard speak there. And the main thing I took away was to really make every moment with my kids count.

Be there for your wife or partner, no matter who the primary caregiver is. Two together are stronger than one, and it’s so important for the two of you to be a team.

I love watching my kids be creative. It blows my mind that I (co-)created them, and now they’re creating stories or scenarios while we’re playing. It’s an amazing experience, and great incentive to play with dolls even on the days I don’t necessarily feel like it.
If you have any questions for Justin, please leave a comment here and I will make sure that he gets them so that he may be able to respond!