Our 403rd Dad in the Limelight is Jack Schaberg. I want to thank Jack for being a part of this series. It has been great getting connected with him and now sharing him with all of you. 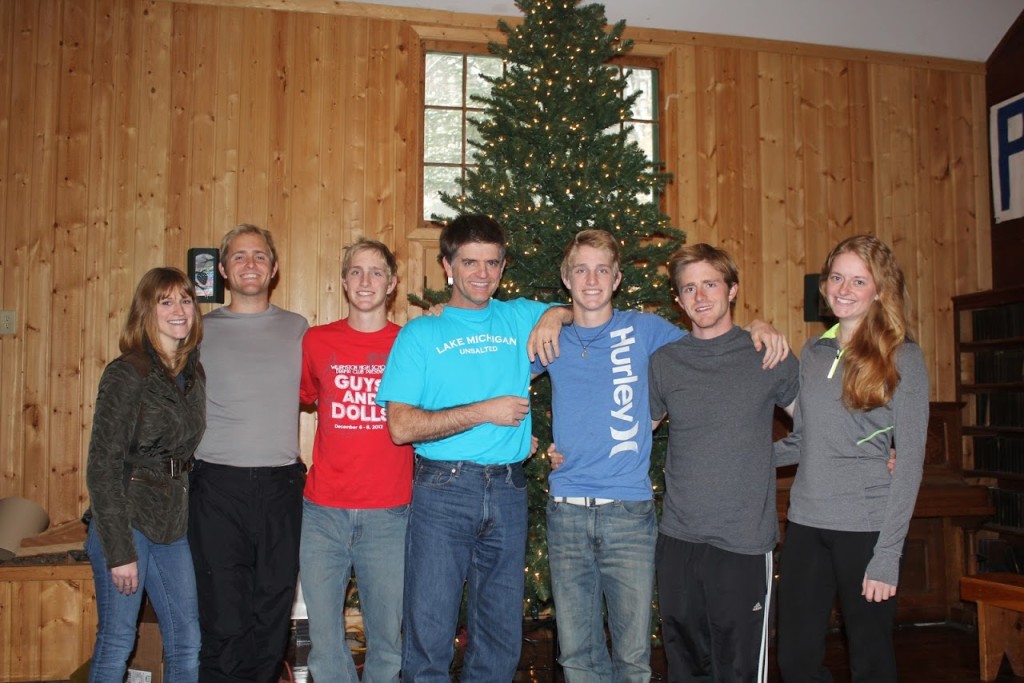 1) Tell me about yourself, (as well as how you are in the limelight for my readers knowledge)
I’m a husband and father of five amazing children, three of whom are out of college and on their own. Our two youngest are juniors at Williamston High School. I work at a media production company and Okemos and have produced a number of films and videos outside of work. I’ve also written several “spec” screenplays in hopes of getting Hollywood’s attention, but no success to date. While I enjoy most sports, I don’t participate in many these days, unless you consider raking leaves or riding a bike around the neighborhood sport. My wife and I enjoy going to the movies when schedules permit, which isn’t nearly as often as the good old days.
As far as being in the limelight, I don’t know that I feel that I am, except on the a few occasions over the past several years, and that would be when one of the films that I made is shown in an actual movie theater. Of course, I had to rent the theater, but that’s a small price to pay! It’s incredibly gratifying to see one’s work on the silver screen, and fun to see all the people who come out to support me and enjoy the movie. As far as being in the limelight, thought, that’s about it.
2) Tell me about your family
Whoops, I already did, mostly. But to amplify a bit, our oldest son is married and living in the Pasadena area. He works at a private school; his wife is a swimwear designer. They love going to Disneyland and are enjoying the “no kids yet” life quite a bit. He and I have written a couple of scripts together that we’re trying to promote.
Our second son is living near Arlington, VA. He’s a graphic designer, artist, illustrator and author of an amazing book called ALPHAMALs. Google it and you’ll be impressed. He’s working for a company that helps Chinese factories improve their energy efficiency. Our daughter is a manager for Target Corporation and lives in Fort Wayne. We’re very proud to say that she got a job right out of college. Way to go! Our twin sons love acting, singing, performing of all kinds. We’ve made a number of YouTube videos; check out the SchayBros. Channel for details. My wife is the Lancome counter manager at Macys in the Meridian Mall.
3) What has been the largest challenge you have had in being a father?
That’s an excellent question. I would say keeping the balance of work and being a father always tilted toward the father duties. I’ve always tried to not only “be there” for our kids, but participate in their activities while at the same time letting them do what they 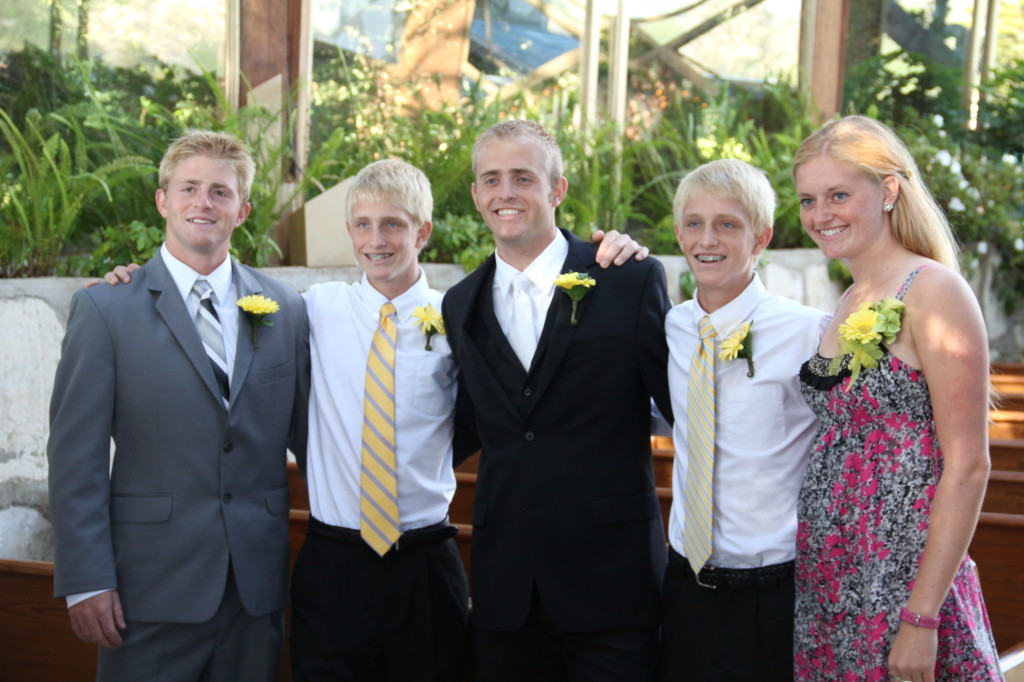 enjoy and not trying too hard to push or steer them in any certain direction, whether it be school, sports, or careers. Growing up, I always dreaded “lecture-time” from my dad and determined somewhere early on in fatherhood not to be a lecturing father. I don’t know that that was a good decision or bad, but thus far, it seems to be working out pretty well. I value the time spent with my wife and kids, and have probably have not pressed as hard to be financially successful as I otherwise might of. While I sometimes second guess myself, it’s hard to when I think about the memories of spending time with my family.

See answer to #3! :>)
But seriously, I would say decide early on where your priorities lies – because you can’t have it all. Something’s going to suffer to some extent: either your career or your relationship with your kids. Accept it and deal with it. There’s no right or wrong answer, but know that you don’t get any do-overs. I believe that the investment you make in your kids will pay dividends that will never show up in your bank account, but certainly will inside.
5) Seeing that you (or your position) are in the limelight, how have you come to balance parenthood and outside life? If you are currently not in the limelight per se, please still answer this in regards to how you balance parenthood and outside life.
So again, I don’t consider myself in the limelight, at least not very often. I guess I have done a bit of standup comedy, and that’s a trip. But day-to-day, I don’t have much of a challenge striking the balance, because there’s plenty of people (myself included) that keep me in line. I really don’t have a good answer for this. 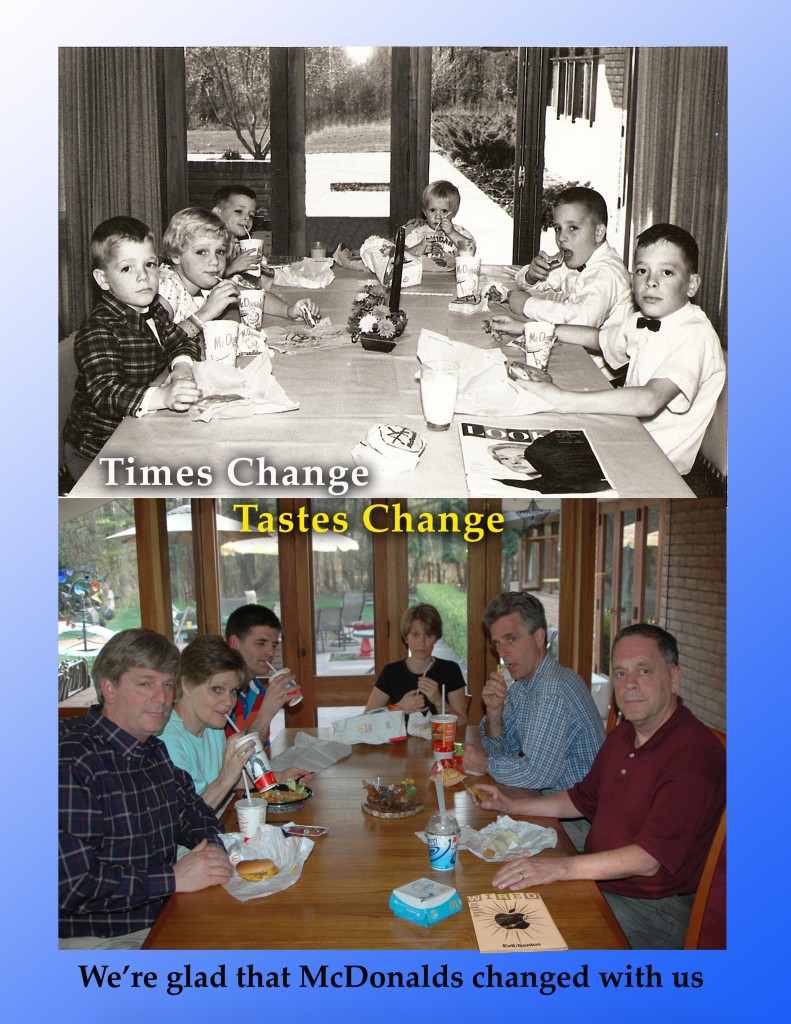 6) What have you learned from the fathers that you have interacted with?
I think the biggest thing I’ve learned is what I touched on early, that being the idea that you can’t have it all. I’ve seen fathers who shower their children with material goods but spend very little time with them. I’ve seen fathers with nothing to give their kids but their time spent the time very wisely and have seen their kids’ expressions of joy during and after the experience. That’s the kind of thing that sticks with me.
7) What else would you share regarding your experiences as a father thus far?
The cliché about “enjoy your kids while they’re young because they grow up fast” comes to mind. There are plenty of times when you feel overwhelmed or can’t wait until your kids are oldest enough to fill-in-the-blank, but you need to check yourself and realize that this is it. You get once chance so why not jump into parenthood with both feet? I could go on and on, but I won’t.
What have been the most memorable experiences that you have had thus far as a parent?
Way too many things to list, but witnessing their births (four out of five) is something that’s beyond description. And there have been many, many proud moments along the way. Hearing people you don’t know compliment your children, or you on raising good kids, makes it all worthwhile.

If you have any questions for Jack, please leave a comment here and I will make sure that he gets them so that he may be able to respond!