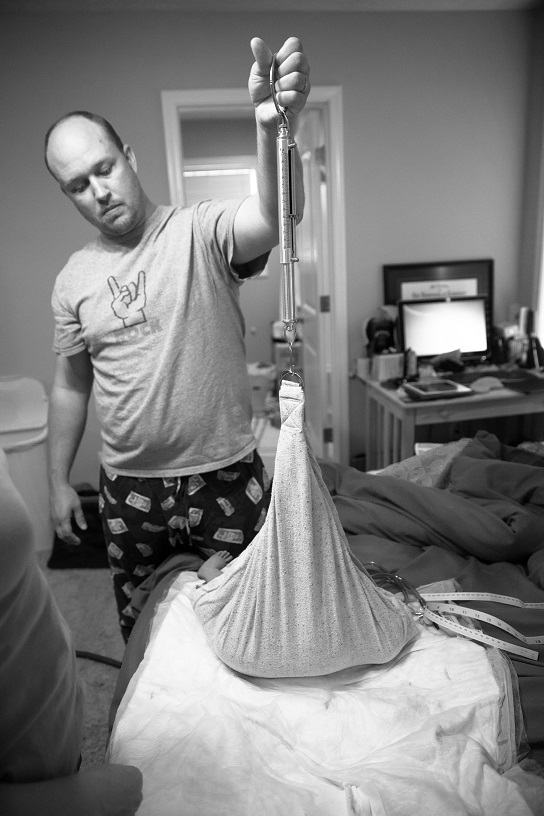 My name is David Blackwood and I am a father of four girls, a husband to a beautiful wife, and my day job is in Engineering. By night I am the average hero known as Underdaddy. I tell people that my claim to fame is that I have a blog that is read by tens of people worldwide. Thanks to WordPress and other social media that is actually true. (You might make a note to your readers that tens of readers is not exactly syndicated television levels of exposure but quality over quantity I guess.)The real limelight comes from my family. The girls hear friends and family comment on various posts and stories. I always answer “why” questions to the n-th degree. They think Daddy is some sort of genius and celebrity. That probably feels better than actually being a genius and a celebrity but alas I doubt I will ever be able to compare.

I have the best family. The girls range in age from eight down to eighteen months. We have a black and white cat. Her name is actually Cat. We have a Boxer dog named Biscuit who wears a diaper because she is eleven and leaks like an old faucet. All of them are female. I leave my house in the mornings wondering if Estrogen has a smell and if it follows me like old cigarettes on a smoker’s jacket. Probably. I think my menstrual cycle is synced up too. 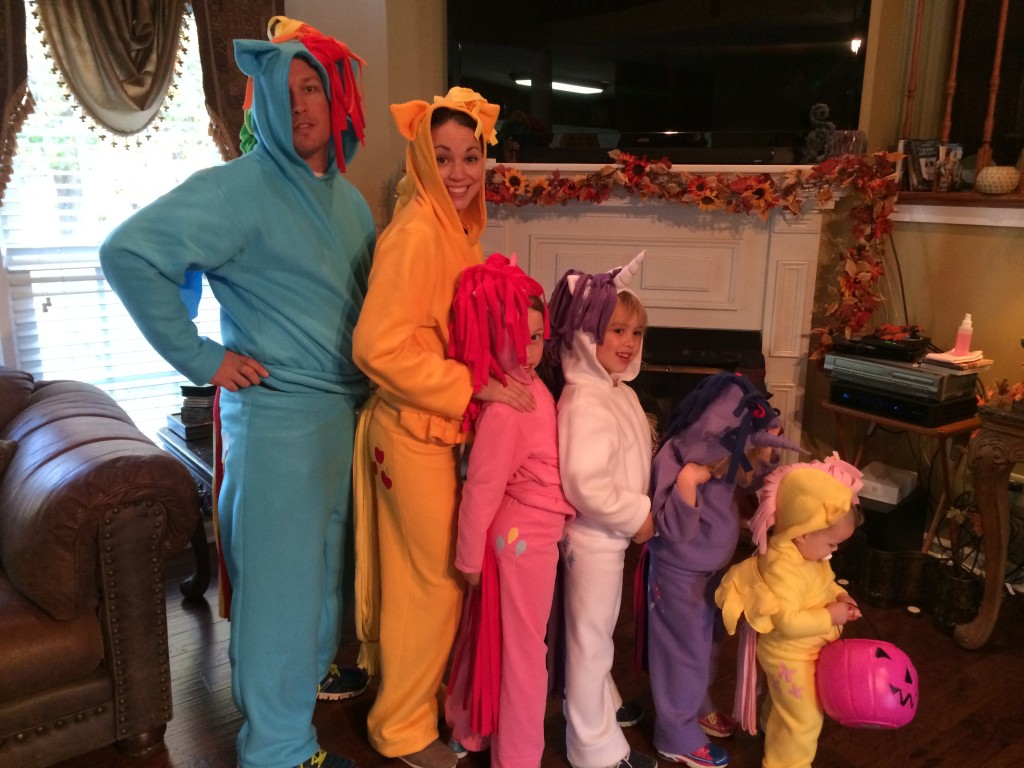 The largest challenge as a father has to be keeping my composure during the trying times. The things that people think of as hard are actually what I think are easiest. Loving your children is easy. Worrying about their health, their minds, and how they are treated by others is effortless. I can panic without even trying when they run face-long into a bedframe, hit their head on tile floors, or randomly have a febrile seizure. I know… it is a gift. But not losing my cool when I slip on a plastic hanger and step in their discarded lunch while they sit idly by and stare at the television – entranced by “My Little Pony”. That is the hardest thing ever. Ever.

That and watching an entire episode of Dora.

Having several children close together often earns the question of “How do you do it?” The truth is I don’t. Not as well as I would like to anyway. The advice I think is most helpful is not some lip-service about “hang in there” (doesn’t that make you think of a cat poster at the dentist’s office?) or “it gets easier”. That isn’t helpful to someone who is overwhelmed. I tell people and myself to relax and watch what you do. You can tell kids what is right and educate kids on how to behave but the truth is they only learn how to handle life by watching you handle life. If you whine about people or things not being fair. They will too. If you keep your composure under stress and don’t exaggerate your reactions. They are more likely to follow that lead. More than anything… relax. Life marches on so enjoy today, forget yesterday, and let tomorrow worry about itself. 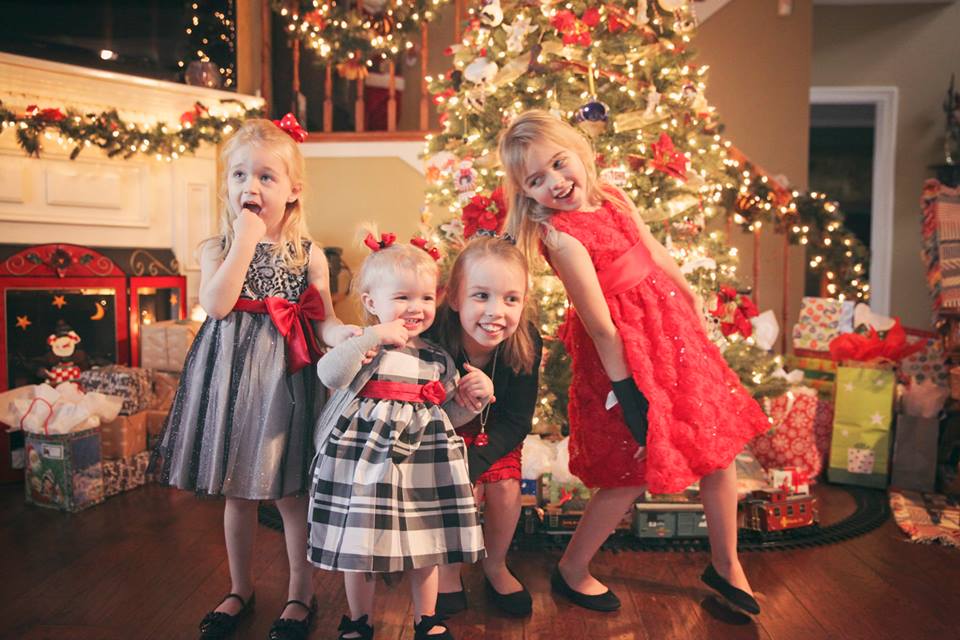 I don’t have an outside life. DO parents have outside lives? No one told me that was an option. It isn’t as dire as it sounds because my inside life is pretty awesome. My safety float in this whirlpool is my wife. We have grown stronger because we are outnumbered and co-prisoners of war in our own home. Sometimes we get weekend babysitters and are free to do anything we want. We usually watch some disappointing television and dose up on Nyquil for a nice long sleep.

I’ve learned much more than I thought I ever would from all the dads. Hearing people with similar struggles and feelings makes you aware that you aren’t alone. I have also learned that whatever embarrassing story that you have, if you share it with another dad you will find out that they have something equally embarrassing that they are dying to share. I don’t know why but I told one dad about my kid taking a dump in the yard and he immediately relayed a story about his kid eating diaper paste and rubbing it into his ears with Q-tips. Under our facades of looking like responsible and confident parents we are all clueless and scared of screwing everything up.

If we are talking fathers in general, I have two fathers since I was two and I learned different things from each. Together it is temperament, hard work, and dedication to family. And swearing while working on lawn equipment. If you want that shit to work you need to swear and hit it with a wrench. 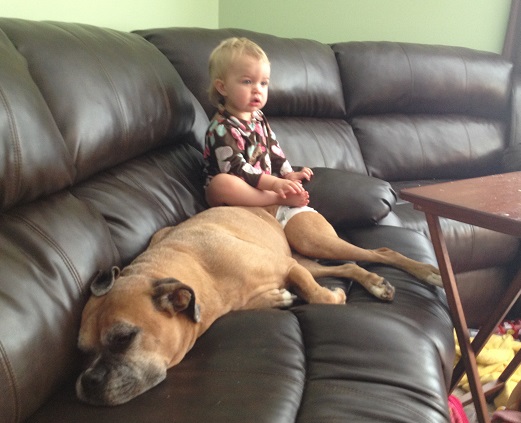 As a father to all girls I have had the chance to observe firsthand how people shape preference and gender stereotypes. Both extremes of this gender war have some flaws. What hit the hardest for me was my oldest child starting school. I always tried not to decide what she should like and as a small child she really loved Batman. She watched all the Batman’s and superheroes in general were what she enjoyed. She had a pink bedroom and stuffed animals but blue Batman pjs and superhero toys too. Watching her develop socially in school and feel that she should not enjoy something because of being a girl flew all over me.

My second child wants to be a Ballerina and wear nothing but dresses. For someone to tell me that I am advancing gender bias by encouraging her being “girlie” is equally offensive.

Just tonight, the oldest asked me, “What the manliest thing that you have ever done?” I told her that dressing up as a My Little Pony for Halloween so as a family we would be the six friends on the show was pretty manly. I was only half joking. She laughed and asked me if I thought that was really manly. I asked her a question, “Do you know who worries about what other people think?”

She shrugged her shoulders.

I told her, “Little boys worry. Real men play with their daughters and have fun.” 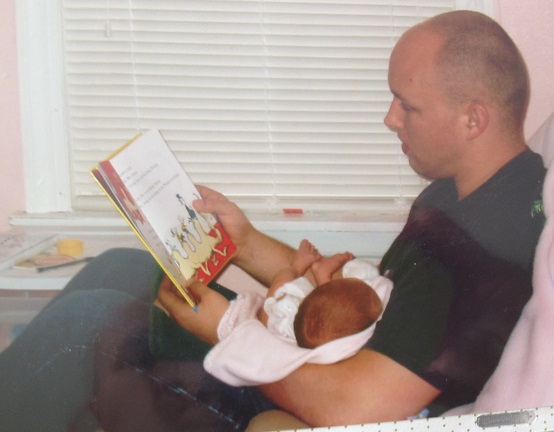 I have hundreds of special memories but two were special because they were the type of moment that you know is unique. You sit in it and soak it in. You try not to cry and fail miserably.

The first was a set of coincidences. I met my wife at a country line dance bar and one of our first slow dances was a Tim McGraw song titled “My Best Friend”. It was fitting as our official song and thereby I was a Tim McGraw fan. (I am as surprised as anyone.) Then as we are waiting on the arrival of the first born, Tim released “My Little Girl” and it is pure daddy kryptonite and I got to the point I couldn’t listen to it while driving for fear of blurred vision. There is a specific part about putting the girl to bed and he tells her “Love You” and his daughter replies “Love You More!”. Fast forward to my own daughter being able to talk and one night I am putting her to bed and we have this short conversation:

“I Love You… You are my Best Friend…”

The second moment was after the birth of our fourth child. We had a homebirth after the first three being delivered in the hospital. The first were all normal deliveries but we found a nurse-midwife that we really liked and it was just something we wanted to do. The delivery went fast and I actually caught the baby as my wife pushed. I delivered our baby with my wife as a team. I was the first person my daughter saw with open eyes and my wife was the first to know that she was a girl. Our oldest was there to help cut the cord. Within four hours the whole event was over and we were all resting on the couch watching TV with this new little baby. It was all so peaceful and happy. That isn’t everyone’s experience but it was mine and there was a moment of knowing our family was complete. That was on Father’s Day in 2013. Pretty special.

I had a T-Shirt with a hand doing the “Rock” signal. Later the Underdaddy motto would become “Rock On.”

If you have any questions for David Blackwood, please leave a comment here and I will make sure that he gets them so that he may be able to respond!