Our 868th Dad in the Limelight is Eric from The Modern Father . I want to thank Eric for being a part of this series. It has been great getting connected with him and now sharing Eric with all of you. 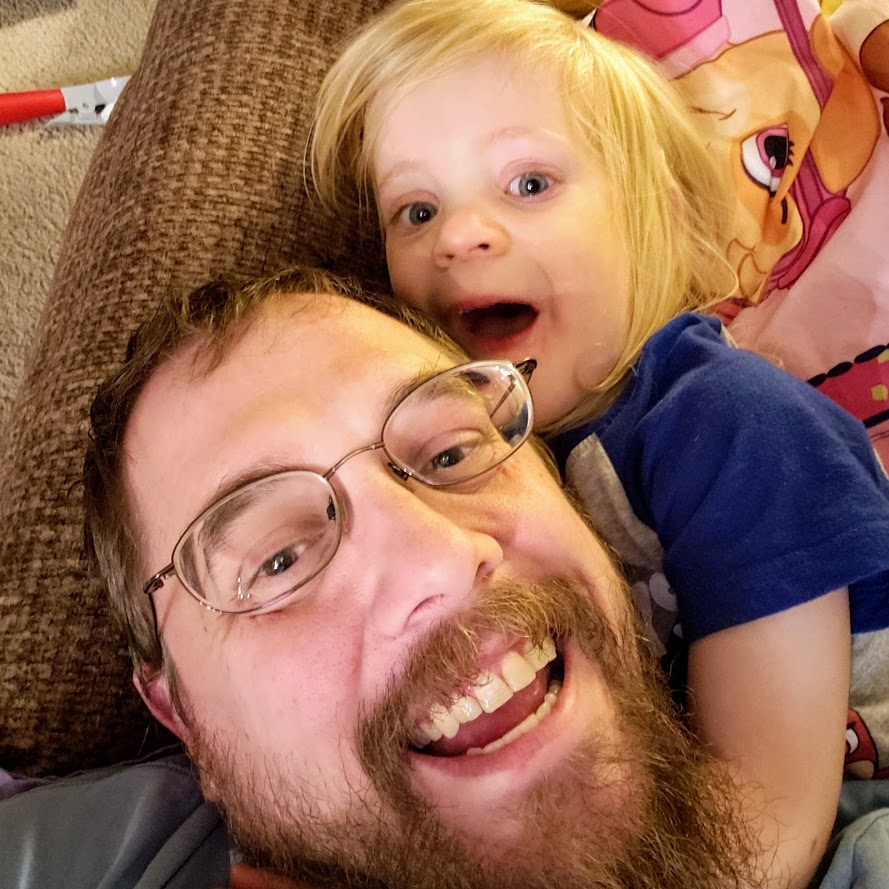 1) Tell me about yourself, (as well as how you are in the limelight for my
readers knowledge)

I became an expecting father in May 2015; 2 weeks after that I learned I was going to be the father of twins. Just before they turned 2, I started writing about my experiences as a dad. I felt that many of the resources I found were directed at mothers, and written from that viewpoint. It wasn’t something that offended me; fatherhood has stayed in a very narrow lane until the last couple of generations. That’s why I titled my site “The Modern Father” and started with an article about the differences between a traditional (Ward Cleaver) dad and the kind of dad I wanted to be.

In addition to the site, I co-host the Tangential Parenting podcast with my long-time friend Rachel. 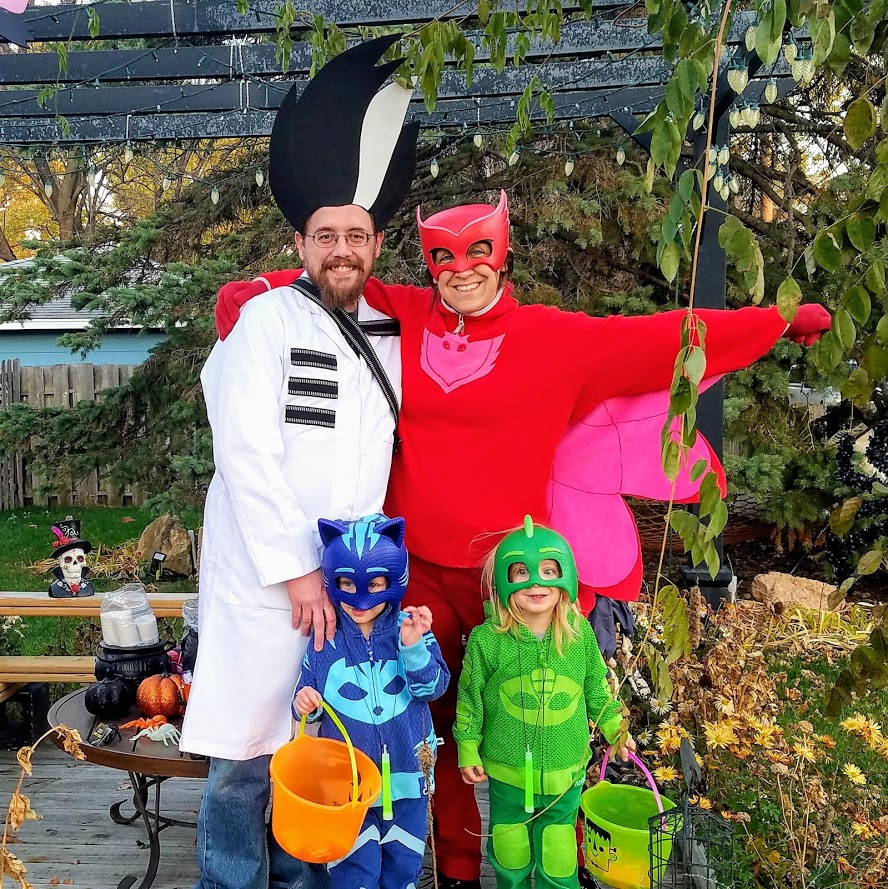 My wife, Jenny, is a middle school band teacher as well as a performer in a local concert band. We met in college, and after a lengthy and at-times bumpy courtship, we married. After 4 years of being married, enjoying life, and having money, we decided to have kids.

We have twin boys, who turned 3 just a few months ago. They are fraternal twins who have very different personalities and challenges. Experiencing both at the same time while they go through the same developmental milestones has been fun, interesting, and exhausting.

Oh, and I recently became a stay-at-home dad! 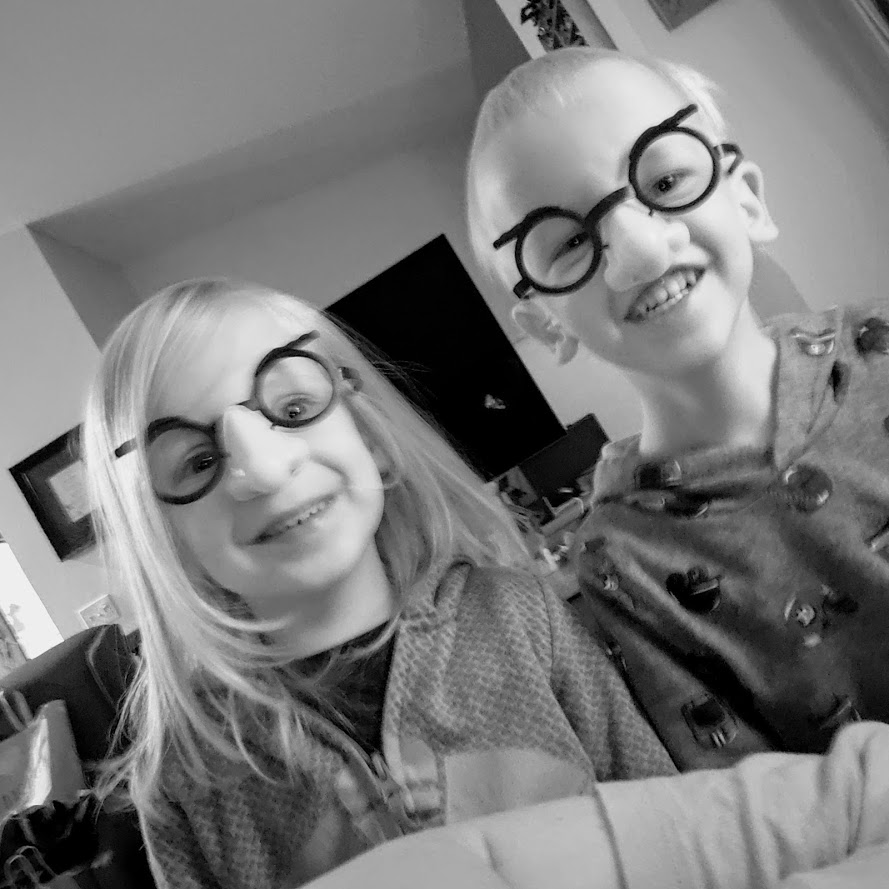 Something I have been more open about in the last year is that I have cystic fibrosis. As this has been a lifelong situation, it wasn’t a surprise it would be a factor in my life as a father. What I didn’t expect was how much it would impact things. If you know (or have known) people with CF, you’ll know there are a lot of pills, a lot of treatments, and a lot of infection control/avoidance. There is also a persistent understanding that things are always going downhill; all you can do is keep the grade as close to 0 as possible. I wasn’t ready for the challenge my health would have on my mental health and my decision-making when it came to the boys.

The other aspect was on the journey to fatherhood. Because of CF, we required some medical assistance to have kids. I will be writing some more about the added complexity of parenting while also maintaining health and health care regimens. I’m sure I’ll also have more to say about taking to your kids about such things as my boys get older. 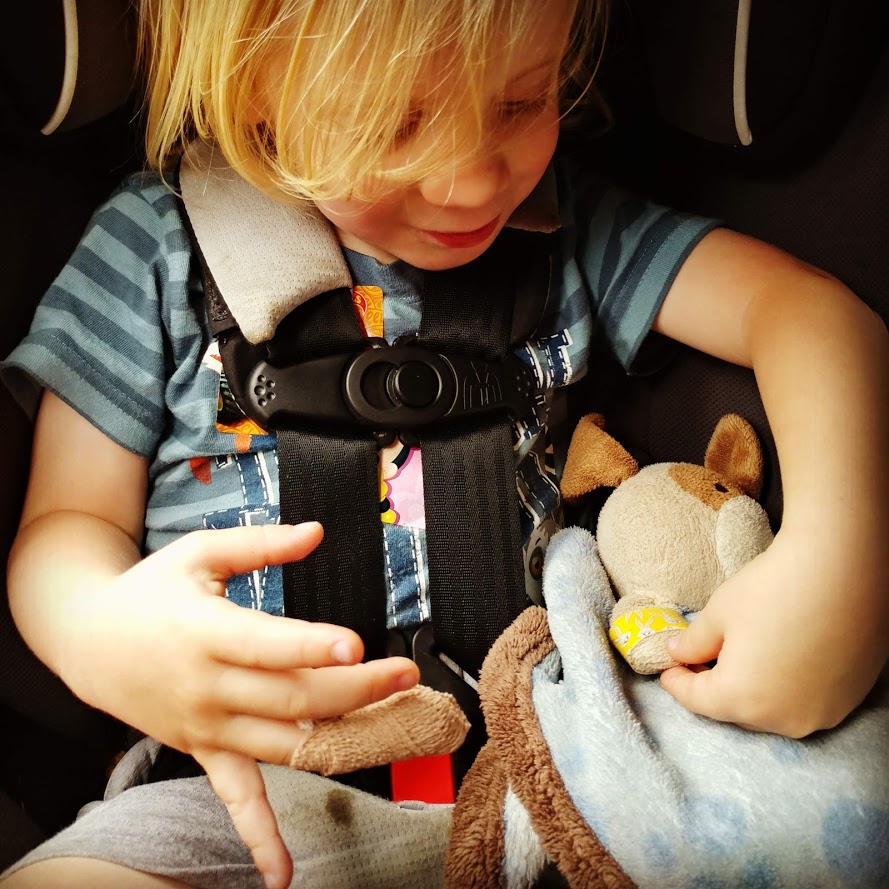 Always remember kids are not small adults. They don’t have the wisdom or baggage that comes with age. They look to you for guidance, even if they won’t admit it, so modeling is a very impactful method of teaching.

At the same time, they are more resilient than you think; don’t beat yourself up for a bad day or week. Just because you love them doesn’t mean you like them all the time. 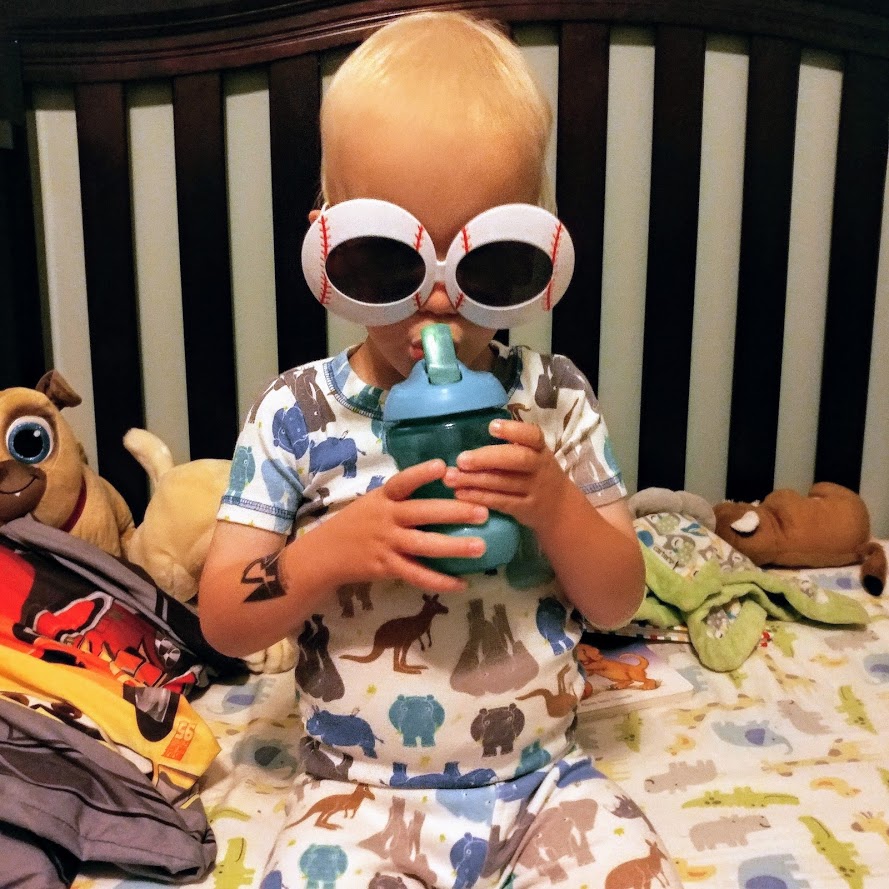 Honestly, this was an area of difficulty for the first three years, which is why I made the decision to become a stay-at-home dad. Between the commute, the time in the office, and the distraction when I was at home, I found myself a part-time father. So when my health decided to take a temporary turn for the worse, it made my decision easy: I jettisoned the full-time work and rededicated myself to my health and family.

In the meantime, I took up some creative hobbies that could turn into income-generating endeavors in the future. For now, I will just play around to stay sane while Nickelodeon plays in the background. 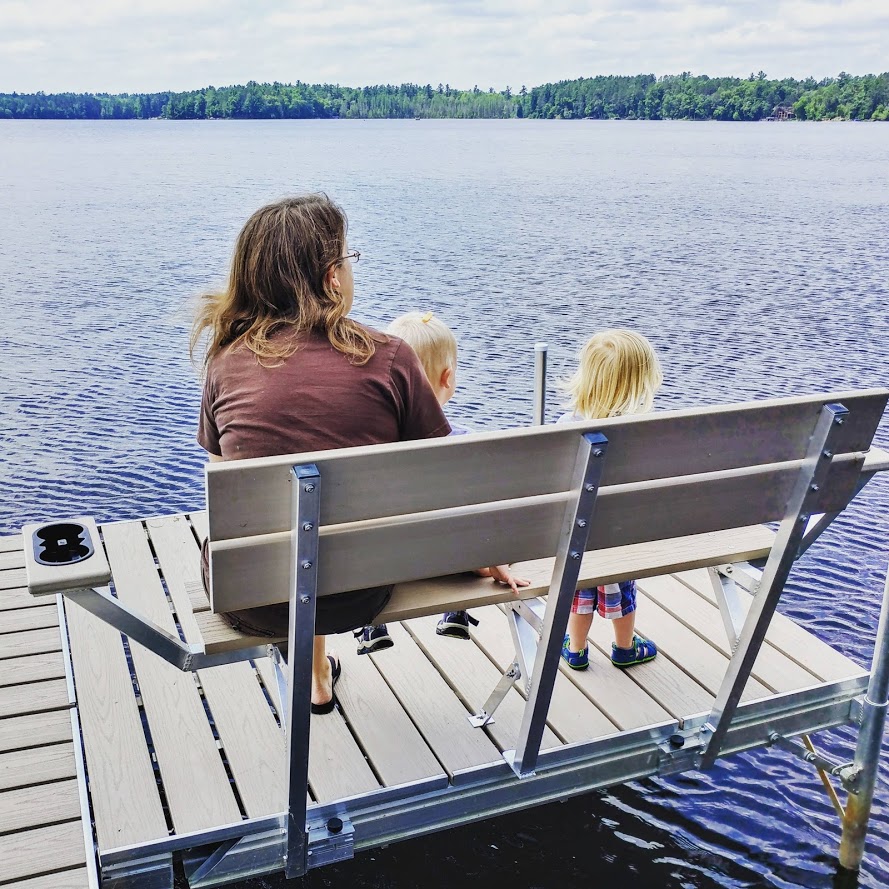 This is an area of weakness for me, as I haven’t interacted with many. Most of my male friends have become fathers, but when we get together it’s to do anything but talk about parenting. That’s why I’m trying to become more active with my local chapter of City Dads Group and the National At-Home Dad Network. 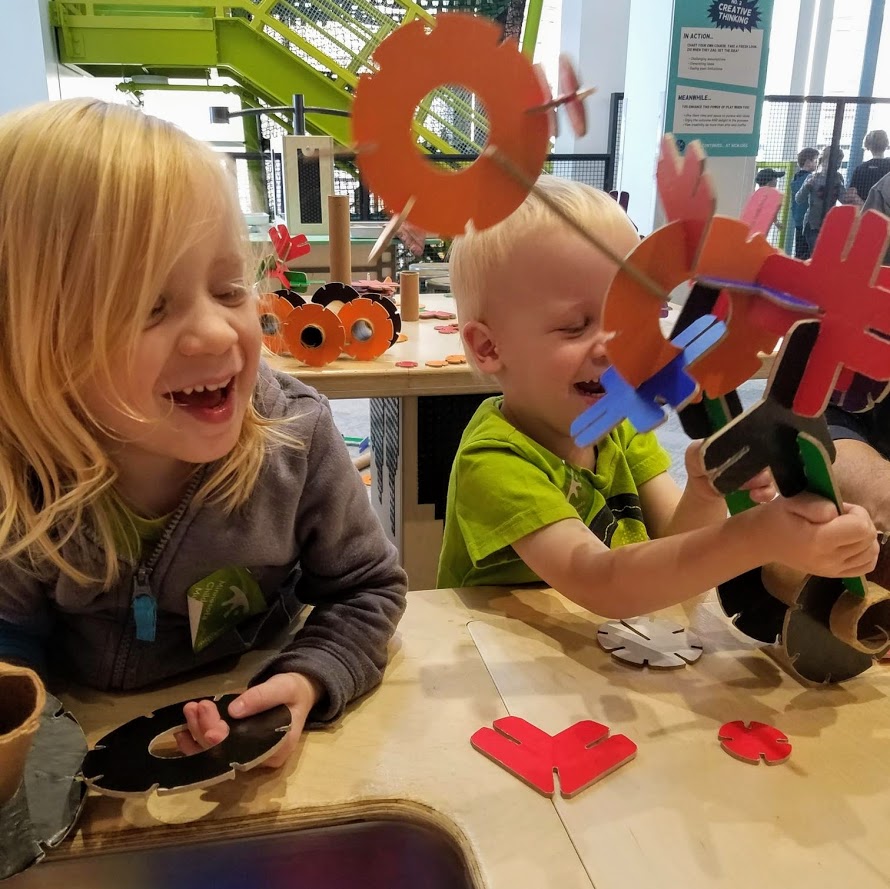 Don’t be afraid to speak up. Whether it’s to your partner, your parents, your friends, or other dads, you aren’t alone. There are numerous resources out there. While you might feel like the only person who ever experienced your circumstances, there is probably someone out there who can relate. Even if it’s just to vent or blow off steam, there is a ton of value in talking. 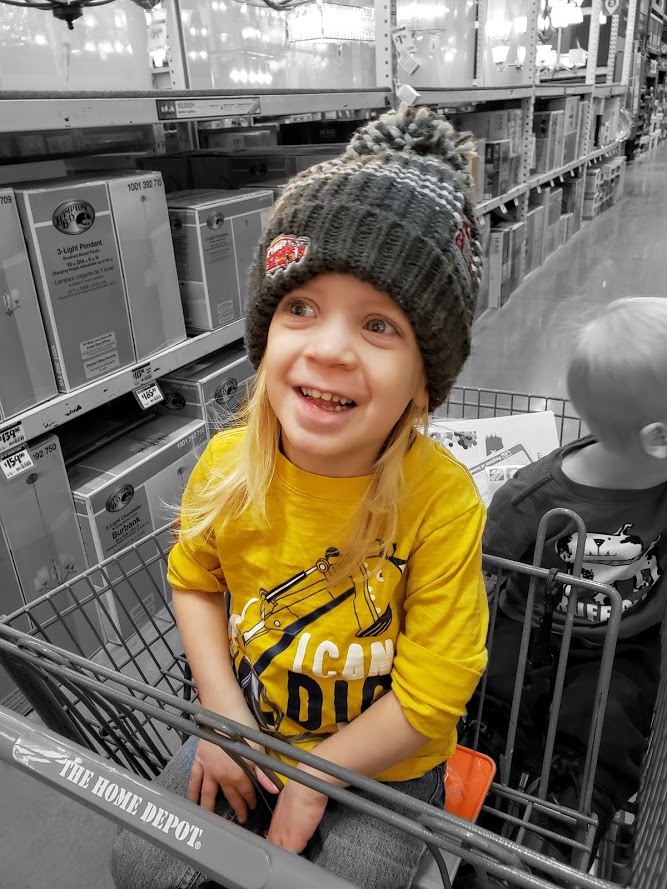 8) What have been the most memorable experiences that you have had thus far
as a parent?

Watching my boys become sentient beings. More specifically, the transition from a reactive, animal-like infant to a walking, talking, thinking human. There is something that seems miraculous about it, perhaps because there are so many moments where it seems like first stage won’t end. But then one morning, you hear them creating a story based on experiences, books, and events that is unique to them. Maybe because I like to be a storyteller, to see it happen in my boys was amazing. I’m not sure I’ll ever get tired of listening to them build on each other’s stories in a “Once Upon a Time…” fashion.

If you have any questions for Eric , please leave a comment here and I will make sure that he gets them so that he may be able to respond!