About The Book
The Adventures of Footenbarn – Hot Seat (Paper Press Books), written and created by award-winning feature film producer Shahrook Oomer and award-winning television producer Jeff Gibson, has been a hit so far with parents and kids for the Holidays and is stirring the imagination of children everywhere.  Hot Seat is the first in a series of five books (also being developed into an animated television series), about a world of ‘lost’ socks and other missing garments. Set in Sockramento, the authors, drawing from their experiences in film and television, have created one of the most hilarious and original children’s books of the decade. Spoofing pop-culture and mixing comedy and adventure, it’s a ride-of-a-lifetime read for parents and children alike.

Meet Footenbarn, a ten year-old mischievous but lovable sock, and his four best friends who have all disappeared through a worm hole in the spin cycle of the dryer, and who come to life in Sockramento, where the top TV show is “Socks and the City” and the New York Sock Exchange is a bustling financial hub.  Buses look like sneakers, apartment buildings are actually chest of drawers, washing machines are office buildings, while high rise buildings reach t o the sky in the form of boots.

Hot Seat follows the comical duel between Footenbarn and Smackberry – a giant ball of lint, as they first battle in the old west town of Sockwood (a spoof of the old Spaghetti Western), and then continue their battle across Mrs. Pigsnockle’s 4th grade English class in order to sit next to the ‘new sock in school’ – only to learn that sometimes the grass isn’t greener on the other side of the classroom!

No two socks are alike in Sockramento (as we know from experience, only one sock of a pair ever goes missing); they come in all sizes, shapes and ethnicities and are totally mismatched! This is a one-of-a-kind world that’s been ‘socking’ in parents and kids alike.

Writer, producer, and recipient of several top awards, Shahrook Oomer began his career in radio and went on to write and produce broadcast television for FOX Cable Networks and eventually producing feature films in Hollywood. In addition to working with numerous A-list stars, his films have been released by studios and networks such as Sony, Columbia/Tri-Star, Lions Gate, Warner Bros., Sci-Fi Channel and Showtime, among others.  Writer and producer Jeff Gibson is the recipient of over thirteen 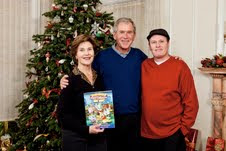 My Take On The Book

As a person who loved reading comics as a child, I was excited to see what the authors had come up with for their storyline. The humorously takes a look at the phenomena was the case of the disappearing sock during the laundry. I know that I, for one, have lost at least one sock over a monthly time-period I had a smile on my face throughout this book. The authors created characters based on articles of clothing. I loved the fact that the title character was a sock and his nemesis is a ball of lint.

The authors use everyday companies (transformed) which make the book fun and relative. Thus, the book talks about the “New York Sock Exchange”, a computer company called “Microsock”, a quiz over the Greek philosopher “Sockrates” and an update of his “Sockbook” page.There are many other gags and pun lines that will keep adult and child alike guessing and laughing.

Overall, this book had a ton of laughs and my daughters liked listening to it (though Diva-PJ) did not understand the concepts.I definitely recommend the book to those looking for a change to the everyday and a fun look at an alternative society.

If this books sounds like one that you would like to add to your own collection, you can find it over at Amazon!

How would you like to win a copy of this book? I will be giving away 1 copy to a lucky reader! All you need to do is let me know why you would have an interest in this book to be considered. The contest will run for one week and will end on March 3, 2010.
Bonus Entries: